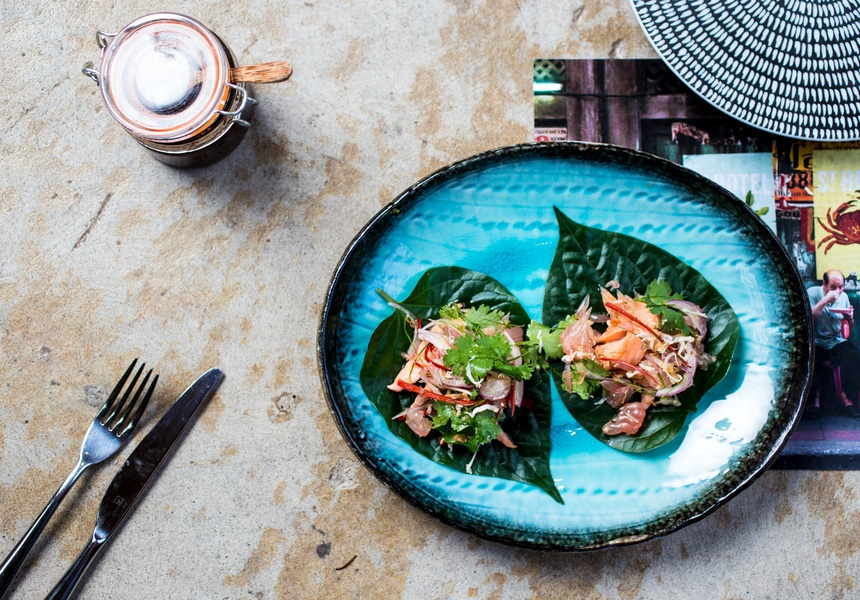 In 2014, after two-and-a-half years of renovations, the popular but tired Saint became St Hotel. The aim was to reinvigorate both the hotel and the Fitzroy street strip, giving St Kilda’s nightlife a well-needed boost.

The heritage facade was retained, but the inside was stripped to bare brick, glass and moulded concrete, with blond-wood fittings and the giant neon message “BITE ME” in cursive. The two-storey venue now offers four distinct spaces: a public bar, a dining room, a swanky lounge named The Supper Club and a 200-patron nightclub with a 3am licence. The downstairs pub is as you’d expect, with 18 beers on tap, including Dos Blockos and Murray’s Whale Ale, and an extensive wine list.

A wood-fired ironbark barbeque fires up from Tuesday to Sunday, cooking premium cuts of beef and seafood alongside a large variety of share plates and salads. The idea is that you come for dinner or drinks, then head upstairs and dance to upbeat house until close. Judging by the average Saturday night here, we’d say it’s working pretty well.