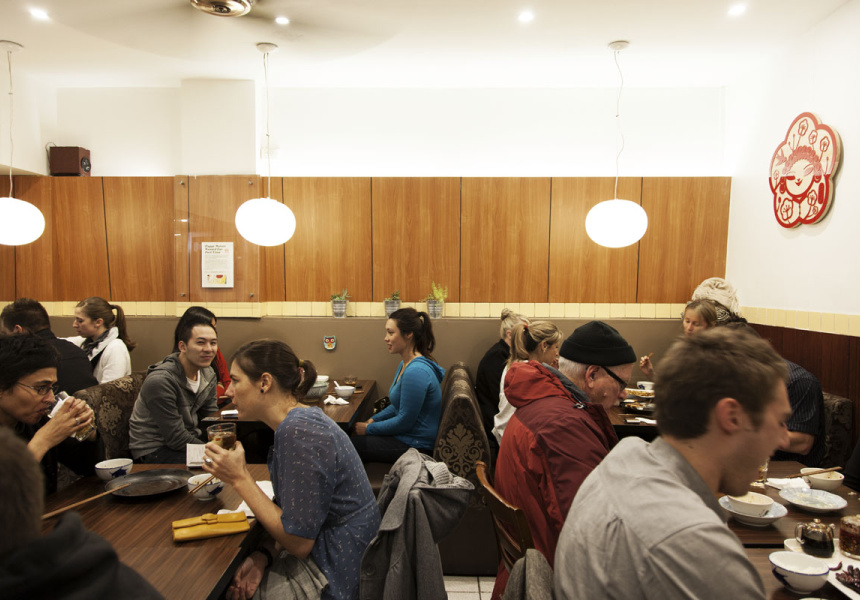 In Melbourne’s older city shopping arcades, you don’t expect to find much more than a smattering of bargain clothing stores and glitzy phone cases.

But then there's ShanDong MaMa, tucked in an alley arcade in Chinatown. Owners Ying Hou and her mother Meiyan Wang (affectionately referred to as "Mama") serve traditional recipes from the fishing town of Yantai on the Chinese Shandong Peninsula.

The Shandong Province is best known for its seafood dishes, and ShanDong’s fish dumplings don't disappoint. The parcels are made from scratch and filled with mackerel, chives, coriander, ginger and spring onion.

They go well with a cabbage salad, the freshly made, signature "Daryl Noodles" and a digestive pu-erh tea, which will leave your stomach in a perfect state of repose. The zucchini-stuffed version is one of the best vegetarian dumplings in the city (and vegan too, in fact).

The restaurant keeps the traditional design of a simple Chinese diner, with light cream walls and fresh water plants on display. Queues often form at the door, but the staff keeps it moving quickly.