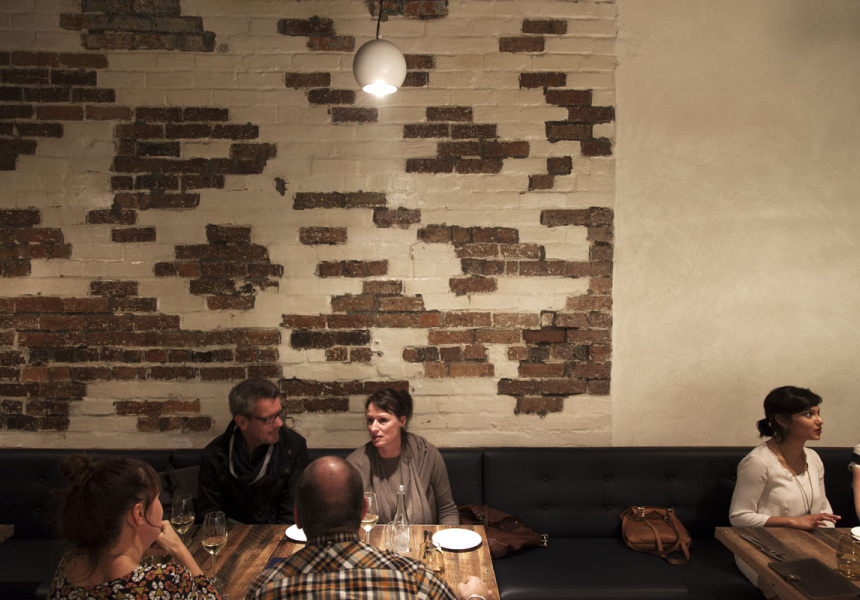 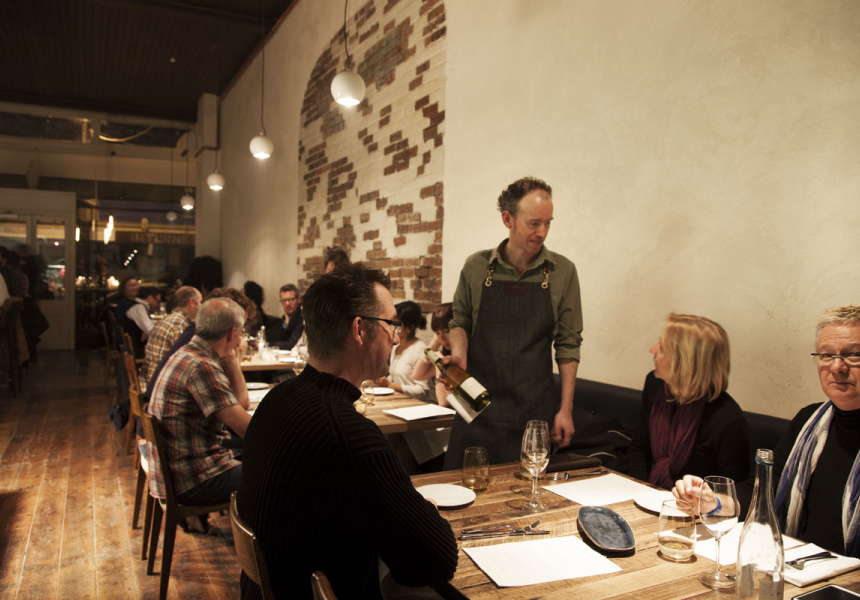 Taking over the spacious, light-filled space where Cavallero once stood, Saint Crispin comes from the patron saint of cobblers, tanners and leather workers, and is something of a homage to the building’s original incarnation as a cobbler’s workshop.

The eatery is the work of chef Scott Pickett of The Estelle. The menu has a strong focus on seasonal and mainly local produce. Diners will have the option to choose from two or three courses (entrée, main and/or dessert), or a chef’s tasting menu, which changes regularly.

Pickett put his fair share of elbow grease during the restaurant’s interior, with the help of designer Leah Hart, stripping back some of the paint to reveal a feature wall of exposed bricks on one side of the restaurant. The large marble bar remains from its previous incarnation, where you can sit up and watch the chefs cook from the brassy open kitchen behind it.