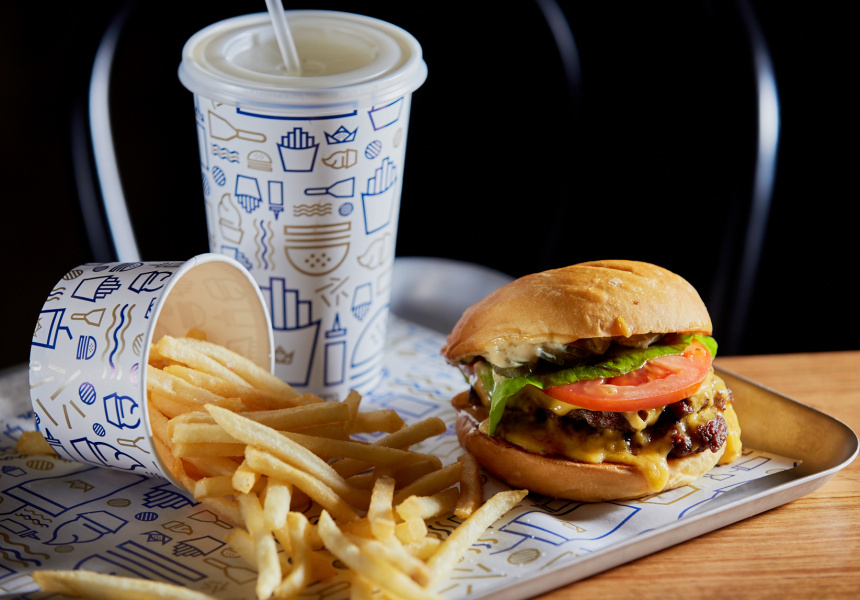 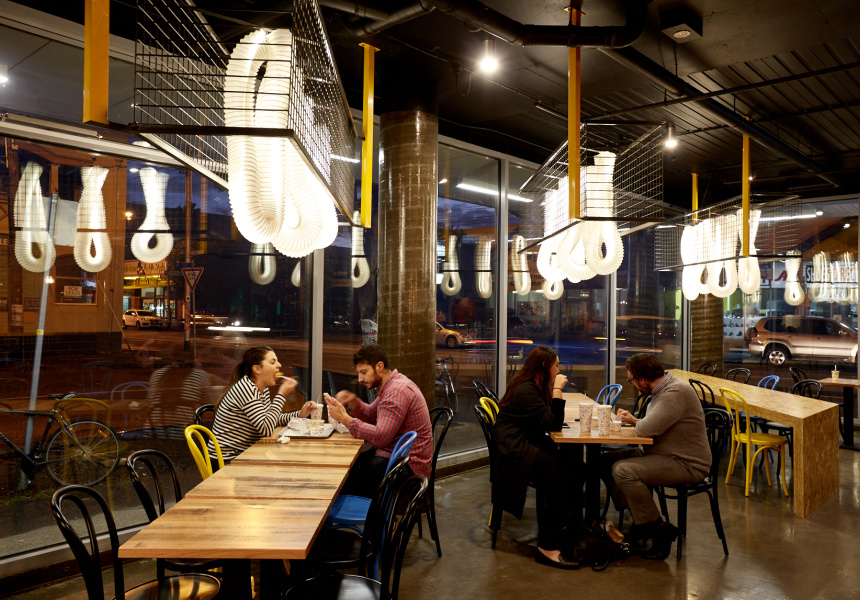 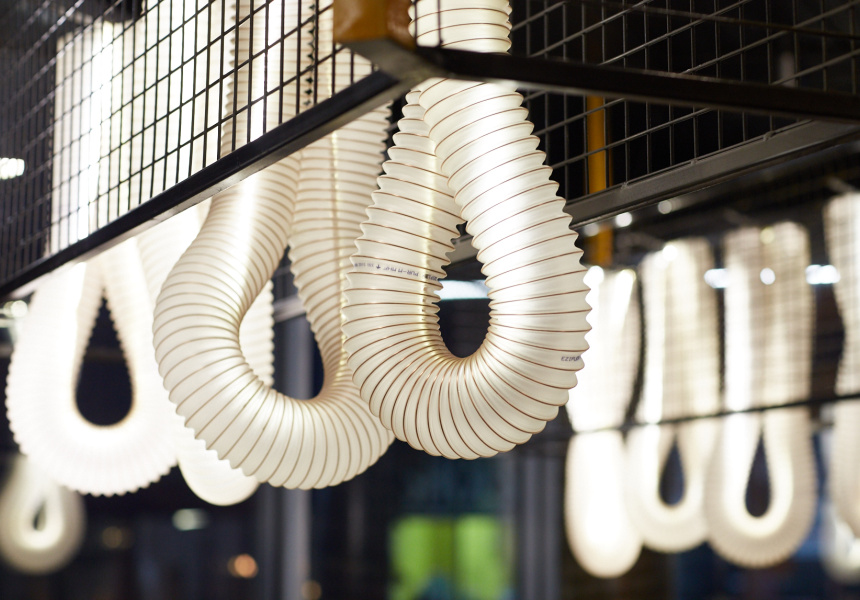 Royal Stacks is a homage to US burger chain, Shake Shack. Owner Dani Zeini became famous for his burgers at Dandenong Pavilion before bringing them to Grand Trailer Park Taverna and Motorhome Majestic for Josh Lefers.

The eight burgers here take a similar approach – all are beef, except for one vegetarian option.

The simplest is the Single Stack: one beef patty topped with tomato, butter lettuce, American cheddar, special burger sauce and pickles, and wrapped in a soft white bun. Additions include bacon, raw onion, jalapenos and a monstrous, artery-clogging mac’n’cheese croquette.

There are fries and Tater Tots (known in this hemisphere as Potato Gems). Mark Mariotti from St Kilda’s 7 Apples Gelato is in charge of the frozen custard, which is technically just ice cream, but a little smoother and silkier. Expect some interesting flavours, such as cheesecake or Kinder Surprise. The frozen custard is also used in the shakes.

There are doughnut or waffle stacks served with frozen custard and toppings, and a Coca-Cola freestyle machine with more than 100 flavours – everything Coca-Cola makes, plus some flavour combos. It’s operated by a touch screen and via an app.

The first store on Collins Street is a big space, with rows of brown-leather booths; a pink neon “burger” sign; and a live garden wall that changes and grows with the seasons.

The second, in Brunswick, adds more pops of colour and gives the menu a halal makeover to cater for the local Middle Eastern community.