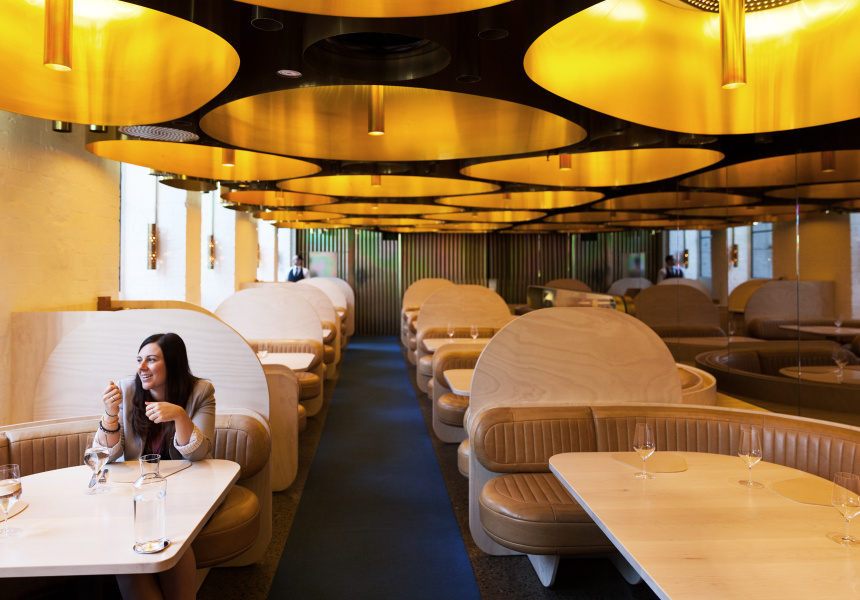 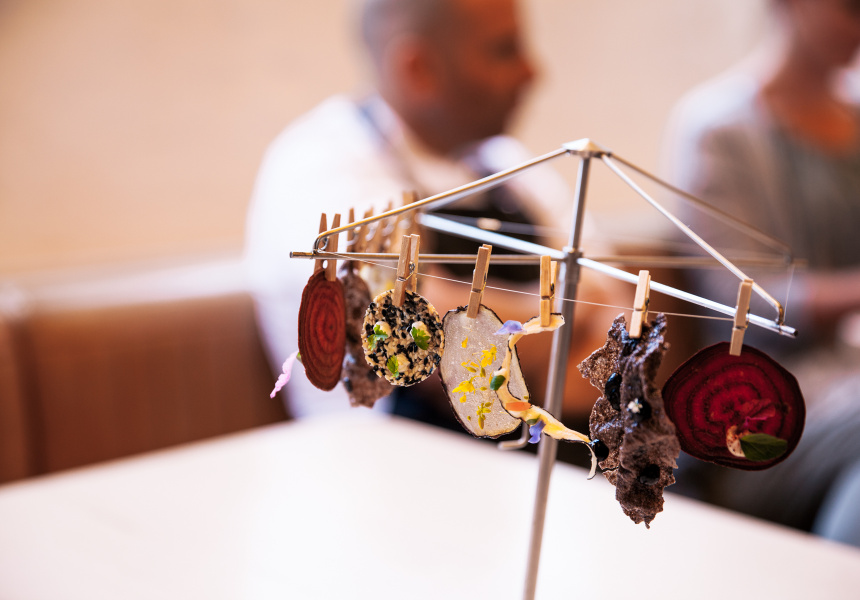 After a glamorous makeover, major downsize and minor relocation (into what was once Little Press) in late 2013, George Calombaris’ (Gazi, Jimmy Grants, Hellenic Republic) flagship restaurant, The Press Club, emerged as one of the CBD’s most intriguing and intimate dining rooms.

Imagine a luxury yacht belonging to a ridiculously rich, Martini-toting 1970s Greek tycoon and you might get a sense of the vibe here. There's mirrors aplenty and whoever sets the playlists has a thing for upbeat kitsch.

With just 10 tables and a clever, artfully executed and produce-driven, fixed-price menu (two or three courses at lunch, and anywhere from five to eight at night) it’s certainly no place for a casual bite. Most options here will set you back at least $150 per person.

While Calombaris’ experimental menu features plenty of theatrics (foams, liquid nitrogen, the famous dried vegetable chips pegged like clothes on miniature Hills Hoists) there’s a realness and integrity that shines through: both in the chef’s various creative nods to his Greek heritage and the sheer beauty of the produce.

The wine list dazzles not with theatrics but with sheer volume - there are pages and pages of bottles from Europe's best, including yes, plenty from Greece.