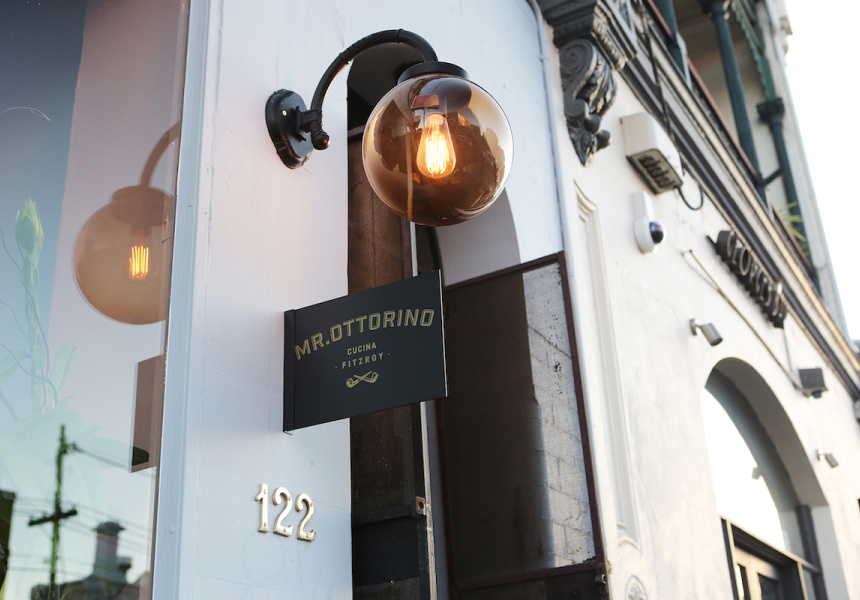 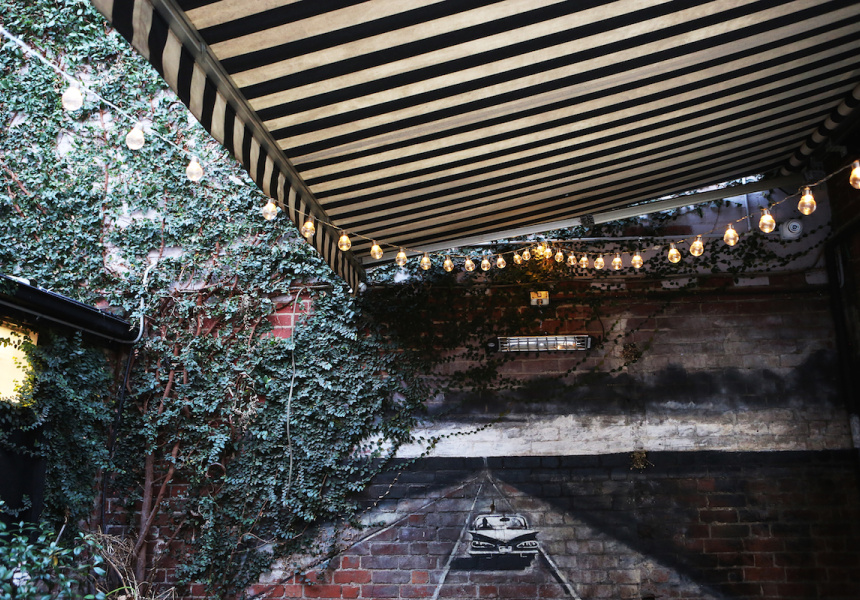 You’ll notice there’s no pizza at Ottorino, and only one or two pasta dishes. Miceli explains the menu is based around the Italian migrant culture and la cucina povera (poor-man’s cooking) that people – specifically his and Tine’s grandparents – brought with them to Australia in the ’50s and ’60s.

A simple pine-mushroom risoni is flavoured with peels of chicken skin. A barbequed lamb breast comes with Mr O’s own honey, harvested from the storeroom roof.

Drinks, bar a couple imported beers from Sicily and Sardinia, are nearly all Australian. Even the limoncello is from Bass River.

The owners’ grandparents are present in more than just their gifted plates. A wood-fired, whole baby chicken stuffed with rice is Tine’s grandmother’s recipe. So is the homey, baked eggplant melanzane. The restaurant itself is named after Tine’s grandfather, who he says was one of Melbourne’s first pastry chefs.

Beyond the main dining room, there’s a 20-seat courtyard at the back, and three private dining spaces upstairs. There are also a few stools around the bar from which you can watch the kitchen.