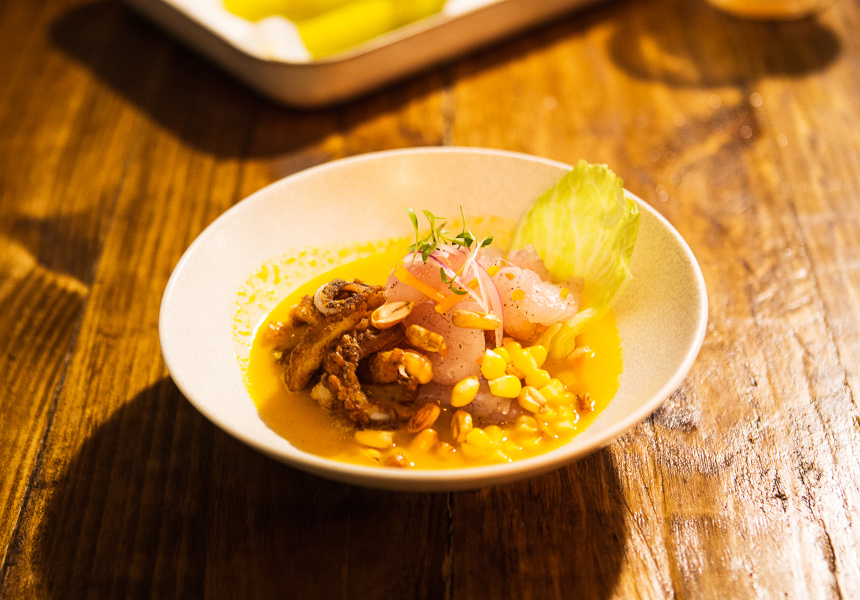 The year they got engaged, Kelly Dunn and Mark Catsburg (also of Leonard’s House of Love in South Yarra) drove from Los Angeles to San Francisco. On the way, they stopped in a seaside town called Monterey.

They were so taken by the restaurant they visited there, where they sipped wine looking over Monterey Bay, that they brought the concept to Prahran.

The nautical-themed Montereys on Chapel Street is a big space with segregated dining areas at the front and rear, and different seating arrangements to suit small and large groups.

Montereys was last occupied by Osti. Remnants, such as the marble bar top and timber venetian blinds, remain. The faded blue paint is new, though. It gives the space the look of a weathered building that’s endured decades of salty spray.

Second-hand pirate and sea-themed collectables add charm to the space. Low-hanging, dim lights along the bar foster that sense of romance.

The menu by Daniel Salcedo (ex-Rockpool Group, Harley House) is centred on seafood, and features chowder and a few whole-fish options for mains.

Other menu items include ceviche and charcoal-grilled octopus, but the hero dish is the lobster roll – served simply with butter and chives, or mayo and celery.