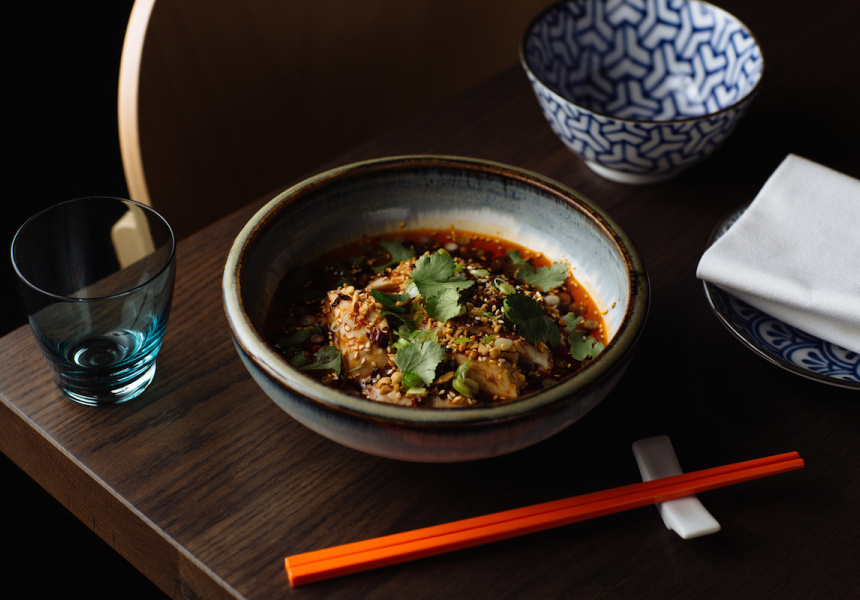 Victor Liong was not into the idea of an open-plan kitchen at Lee Ho Fook when it relocated from Smith Street to the CBD. In fact, anything that felt “too Melbourne” was rejected for the fit-out, such as polished-concrete floors and pine furniture. Instead the owner-chef has gone for a more classic vibe, building a restrained, dimly lit dining room overlooking Duckboard Place.

While the site itself is a far cry from its Collingwood origins, the food inside is much the same. Additions to the menu include Chongqing chicken crackling with Sichuan peppercorns, fried chilli and garlic; a classic sweet-and-sour pork; and a milk pudding with goji berries and longans in a red vinegar. The food prioritises interesting flavour combinations and techniques over tasty, cheap, quick-to-produce foods.

The wine list covers around 120 bins under the care of sommelier Masa Nishimoto. The restaurant’s even installed a coravin, a high-tech system that pierces the cork and pressurises the bottle allowing high-end vintages to be poured by the glass.