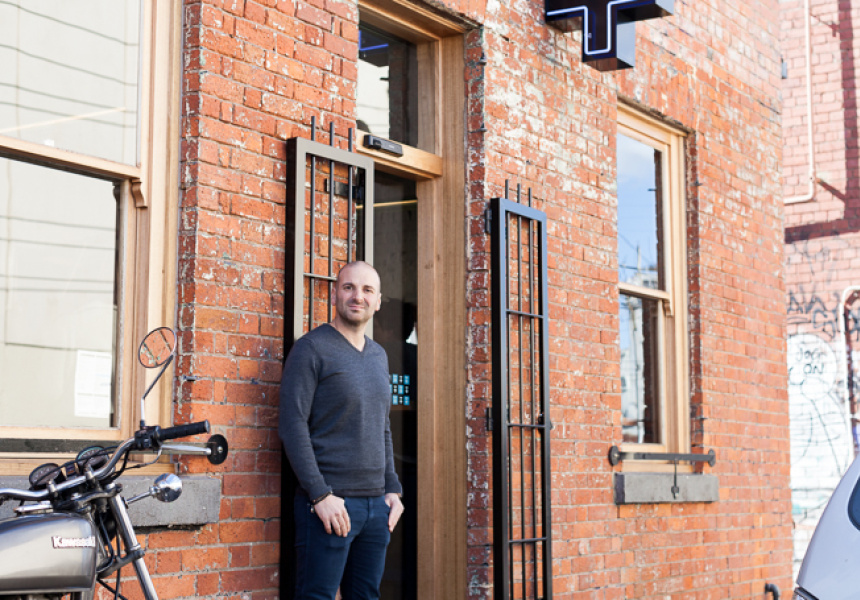 The name references the Greeks and Italians who moved to Australia post-war, only to be nicknamed "Jimmy Grants" (that's rhyming slang for "immigrants"). The Patris – a souvlaki containing prawns, attiki honey, mayonnaise, cucumber, mint and coriander – is named after the migrant ship that carried assisted migrants from Europe to Australia.

The signature souvalaki, Mr Papadopoulos, combines slow-roasted lamb, mustard aioli, chips, onions and parsley, all wrapped in pillowy housemade pita. There’s also a selection of salads and dips, along with the essential garlic oil chips with feta and oregano, all available to order at the counter.

At the original Fitzroy location, which opened in 2013, the historical and cultural references continue through the décor. Splashes of Greek blue pop against the whitewashed brick walls, framing the horizontal stripe and white cross of the Greek national flag. Two wall features by street artist Dan Wenn capture a DC-3 aircraft and The Patris.

Successive stores have their own identities. At Richmond, gleaming gold arches and mirrors add a palatial feel. Ormond is twice the size of Fitzroy, with a separate bar. Ormond also has two exclusive menu items - a fish-finger souva that nods to Calombaris’ parents, who used to own a fish shop nearby; and a baklava ice-cream sandwich.

Darren Purchese provides the chain's sweets, except for the Greek doughnuts which are made in-house.

Each venue offers beer, wine and ouzo to wash your souva down, including that Greek favourite, Mythos Hellenic Lager.