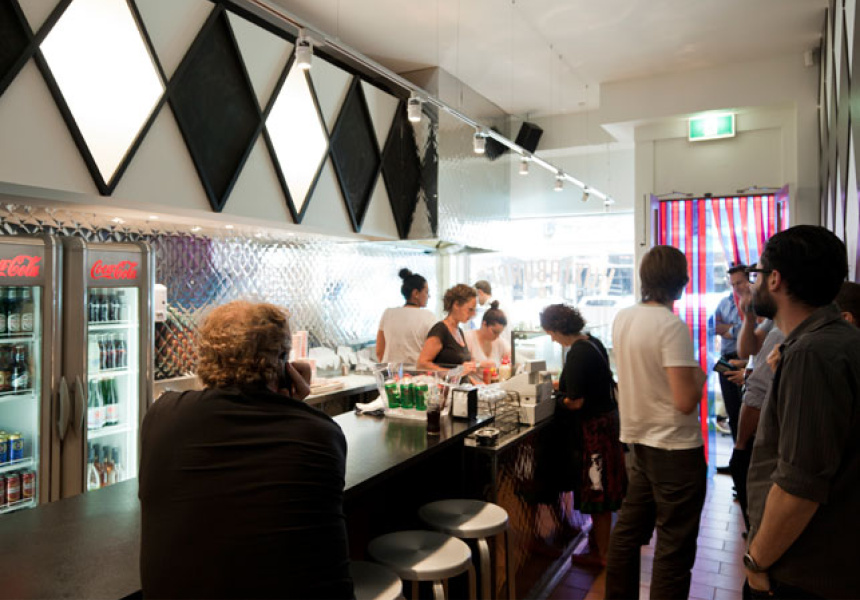 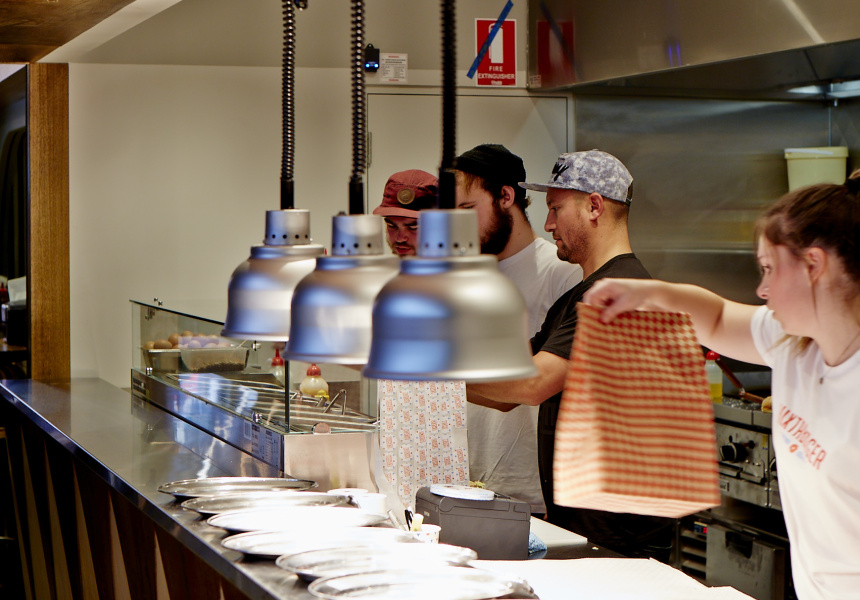 Hot beef, cold beer. That’s the tagline of Huxtaburger, the burger shop Melburnians can’t get enough of. The first outlet opened in 2012, opposite Huxtable in Collingwood – the earlier venture of owners Dante Ruaini, Jeff Wong and Daniel Wilson.

Since then the trio has opened shops in the CBD, Prahran, Carlton, Hawthorn and Eastland, with no signs of slowing down. Most of the outlets stick to the retro-futurist look pioneered in Collingwood, with pressed-chrome counters, checkerboard floors and bright-red stools. Others, such as the cleaner, argyle-themed Prahran store, have been subtly modified to suit their respective areas.

One thing that never changes is the adherence to that tagline. Each menu is built around grass-fed Wagyu patties and soft, brioche-like buns, with variants such as Rudy, Theo and Denise all named after characters on The Cosby Show. The Clair and the Sondra swap the beef for fried chicken and tofu, respectively.

While the burgers are ingredient-focussed, you wouldn’t necessarily call them gourmet. With fillings rarely extending beyond tomato, cheese, pickles, lettuce and Istra bacon, they’re really more of a chef’s take on a fast-food burger.

Accordingly, most outlets are geared towards takeaway or a quick meal, rather than an extended stay. Grab a cup of crinkle-cut chips and a beer, and you’re all set.