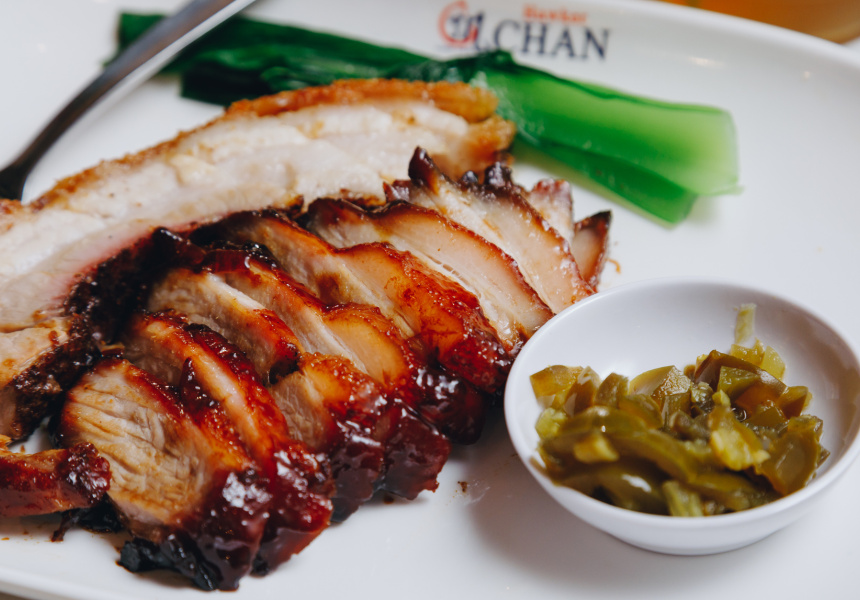 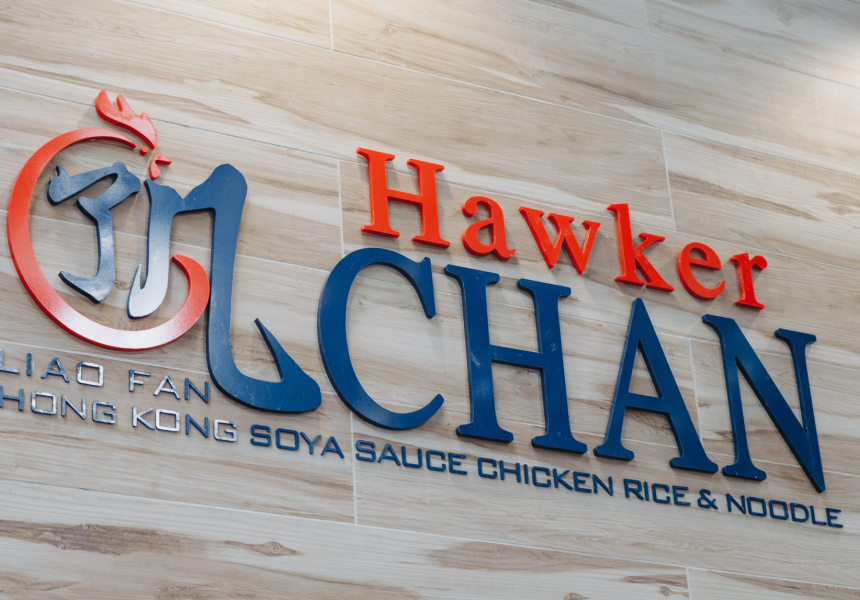 157 Lonsdale Street is the site of Australia’s first Hawker Chan franchise. Like Tim Ho Wan, the small Singaporean hawker food-stall blew up after it was awarded a Michelin star in 2016. Locations in Thailand and Taiwan soon followed.

The Melbourne outpost opened in 2018. It has been carefully designed to replicate the fit-out of the original Hawker Chan, a food-court restaurant in Singapore’s Chinatown Complex.

The 92-seat space is simply furnished with functional tables and wooden chairs. Booth-seating lines one wall, and timber light fixtures reference the chain’s inauspicious hawker stall beginnings. A wall leading up to the counter is furnished with framed reviews of the famous Hong Kong soya chicken-rice dish, promising those in line it’s worth the wait.

Creator Chan Hong Meng is tight lipped about his marinade recipe, but has revealed it includes cloves, coriander seed, star anise and Chinese angelica root. The chicken is soaked in the marinade overnight, then braised. The dish costs $6.80 with rice, and $8.80 with noodles. Despite Hawker Chan’s growth, Meng still makes every batch of his dishes’ secret soya sauce in a small, cloistered kitchen in Singapore, which is then shipped to the other locations.

The rest of the small, Cantonese-inspired menu is largely unchanged from the original. In addition to the soya chicken, there’s also roast pork, char siew(barbeque pork) and pork rib, which come with a choice of rice or noodles. Side dishes of Thai-style tofu, a wonton soup, soy bean sprouts and seasonal vegetables round out the offering.