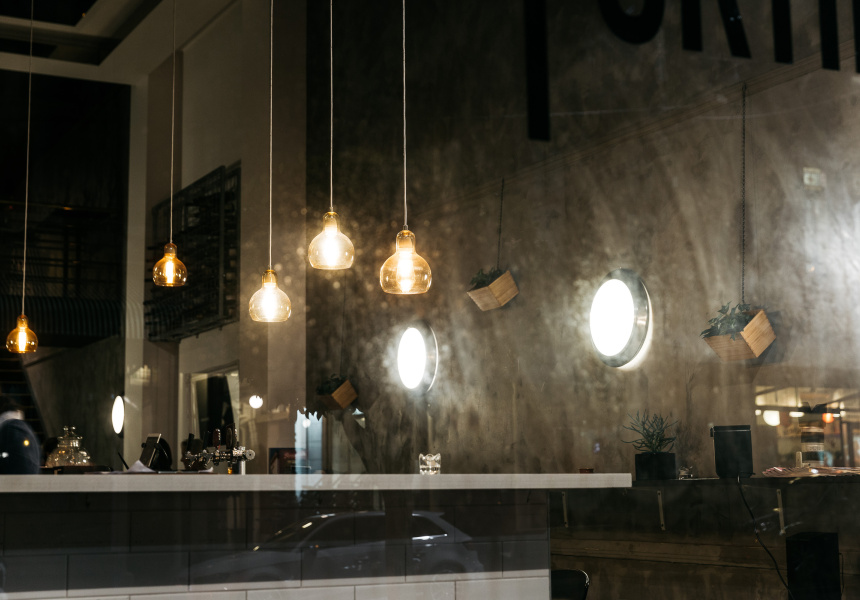 Armadale local Adam Davies was frustrated he couldn’t get a meal nearby after 9.30pm. So, he came up with a solution.

Davies and his partner Courtney Milne’s wine bar and late-night diner, Fortify, focuses on the French or French-influenced dishes they believe are under-represented in Melbourne. At Fortify, they want to serve these lesser-known dishes at the hour they’d traditionally be eaten.

While Fortify’s their first crack at opening a restaurant, Davies’s research was a decade of travelling. At 26, after just two years as an international trade lawyer, he decided to open a hostel in Mexico. Since then he’s travelled to 56 countries and made a living owning and working in hostels.

When the couple returned to Melbourne and saw the former Lona Pintxos Bar on High Street was facing demolition, they grabbed it. The menu is a bit of a hodgepodge of all of Davies’s favourite things, from Buffalo wings to charcuterie. The signature dish is the New Orleans truffled scallop bouillabaisse gumbo – a thick rice stew with scallops and sausage, made with a duck fat roux – that takes three days to cook. But Davies’s personal pick is the French-Moroccan-inspired quarter duck, roasted with a pistachio crumble under the skin and served in a cherry jus.

Like the dishes, wines on the list are worlds apart, with Austrian gruner veltliner jostling up against Spanish verdejo and an Italian primitivo. There are even a few bottles from Davies’s parents’ winery in Tasmania. Cocktails are mostly classic, for example Espresso Martinis to Moscow Mules.