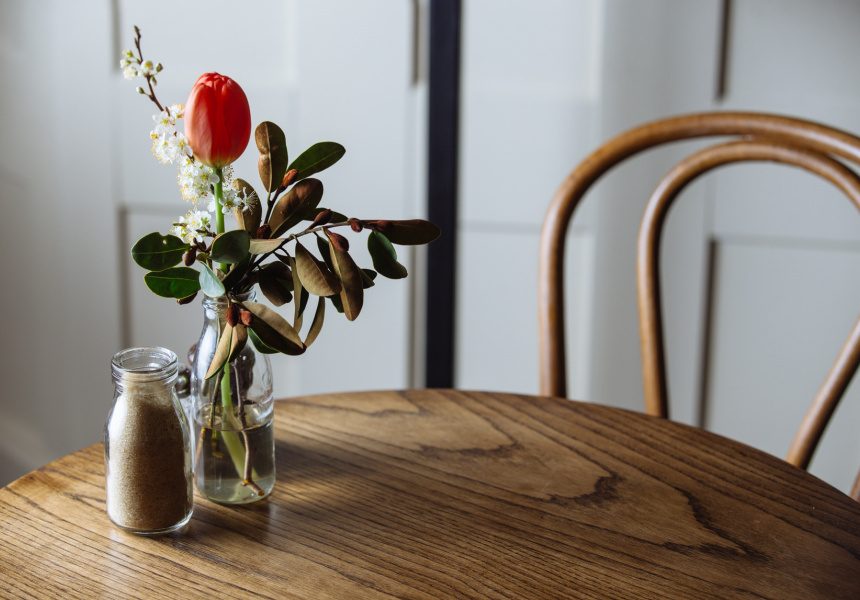 After eight years, Gills Diner closed its doors in 2015. And when they opened again this space on Gills Alley was Emilia.

Based on a Northern Italian trattoria, it’s something a little more casual than a restaurant. Trattore is Italian for “host” – the little eatery for the workers coming in from the field at lunchtime. Replace “field” with “office” and the definition still fits. Emilia serves freshly made tagliatelle alla Bolognese and ravioli stuffed with spinach and ricotta and served with butter and sage – for around 20 bucks.

The wines cover beautiful Australian and European drops, including the elegant Sorrenberg Gamay we’re told a certain Mr and Mrs Carter sampled while dining in Melbourne in 2014. Flawless.

The vibe, meanwhile, is functionally similar but subtly different to Gills. A lick of paint, simple wooden shelving, some classy pink terrazzo and something that looks suspiciously like a John Olsen make the place feel both more lived-in and more open.