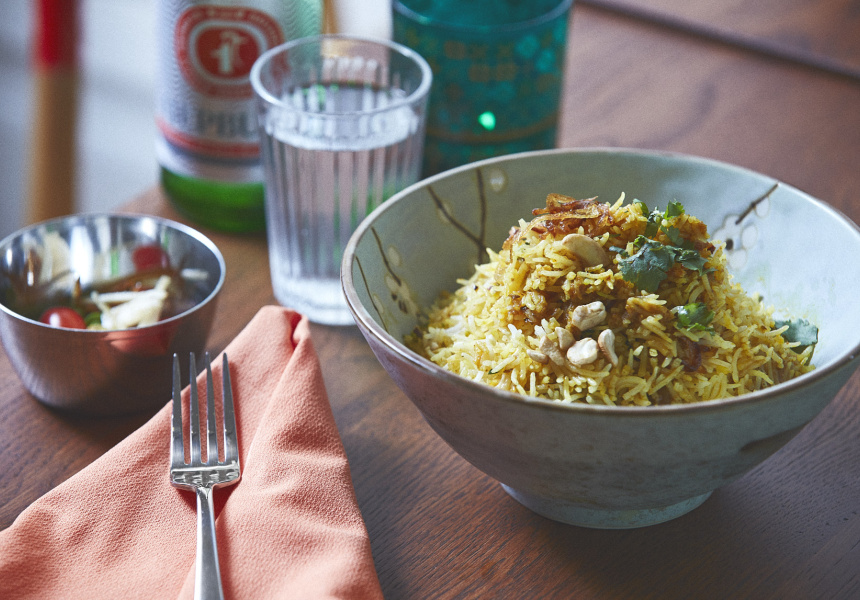 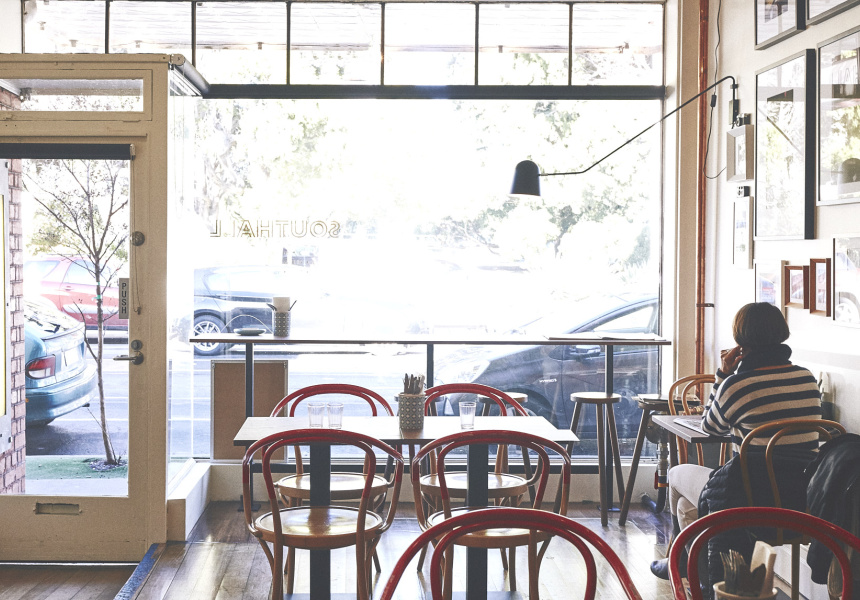 In July 2017 he opened Cafe Southall, a slick St Kilda diner serving Indian cuisine. Drawing as much from the London restaurant circuit and the Melbourne cafe scene as it does the culinary traditions of his family’s homeland, Cafe Southall has a foot in both the old world and the new.

The menu includes classics such as saag paneer and chicken tikka masala alongside a few left-fielders such as a lahori keema bhindi: slow-cooked lamb mince stir-fried with okra and dark-roast spices. There’s a tandoor, of course, for flatbreads and Gippsland lamb cutlets marinated in hung yoghurt.

The Carlisle Street space is also a picture of restraint. Its whitewashed walls are only occasionally interrupted by a hint of golden velvet or red bentwood, while a couple of Gandhi’s beloved Rolleiflex cameras hide in plain sight.