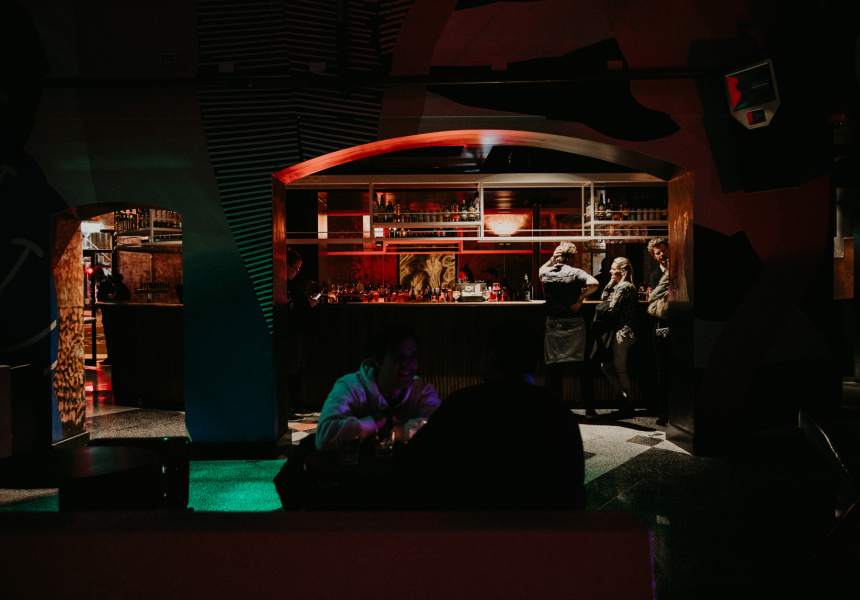 Kewpie (formerly known as Bimbo Deluxe) evokes the spirit of the original, but took the opportunity to evolve after a fire in 2018.

The giant Kewpie doll on the building’s exterior is familiar. But inside, its unrecognisable. The re-fit is by former owner of now-closed city institution Honkytonks and interior designer Rabindra Naidoo (Epocha, Neapoli, Pidapipo, Juliet), who kept the original floor plan and stayed true to the comfortable dim lighting that made it so easy to spend all night at the old iteration.