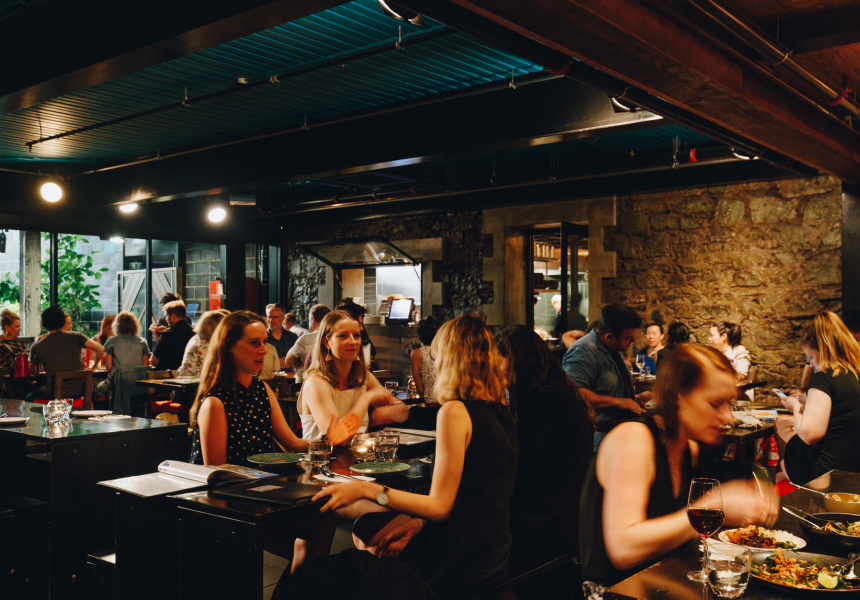 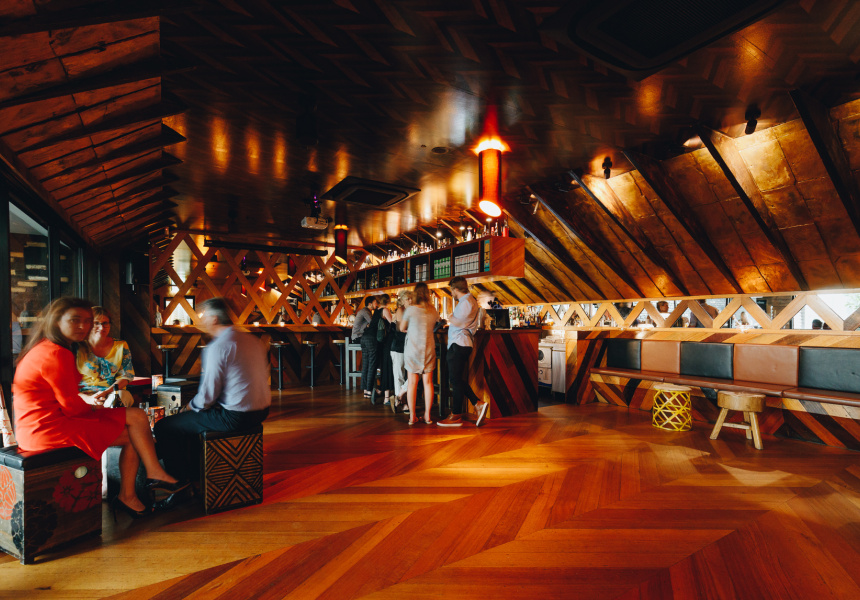 Paul Adamo and Vince Sofo have been running venues together since 1994, but Hotel Fitzroy (formerly 127 Brunswick Street) is their most ambitious project to date. The duo spent several years restoring the mustard-coloured Old Colonial Inn, which still looks the same from outside.

The ground floor now houses Ichi Ni Nana, an izakaya and sushi bar that spans an enormous floor, outdoor deck (with a retractable roof), a basement and a mezzanine.

Italian restaurant and cocktail bar Cappo Sociale takes up the first floor and another courtyard area. At the top, there's The Rooftop Bar, and an indoor-outdoor area with a DJ booth.

Finally, there's a window facing the street where, from 7am, you can grab coffee, muffins and sushi to eat on the footpath. You can even get a Japanese beer or sake to go, thanks to the pub's old bottle shop licence.

The depth of detail in the venue is staggering. Take the intricately painted ceiling panelling above the coat check, or the four-person private dining booth inside an imported cable car from the 1998 Nagano Winter Olympics, which is fitted inside with its own sound system. Also look for a mural of the owner's dogs, a French bulldog and British bulldog.

127 Brunswick Street is a lot to absorb, but that's the idea. You can spend an entire evening in one venue, and still feel like you've been out bar hopping all night.