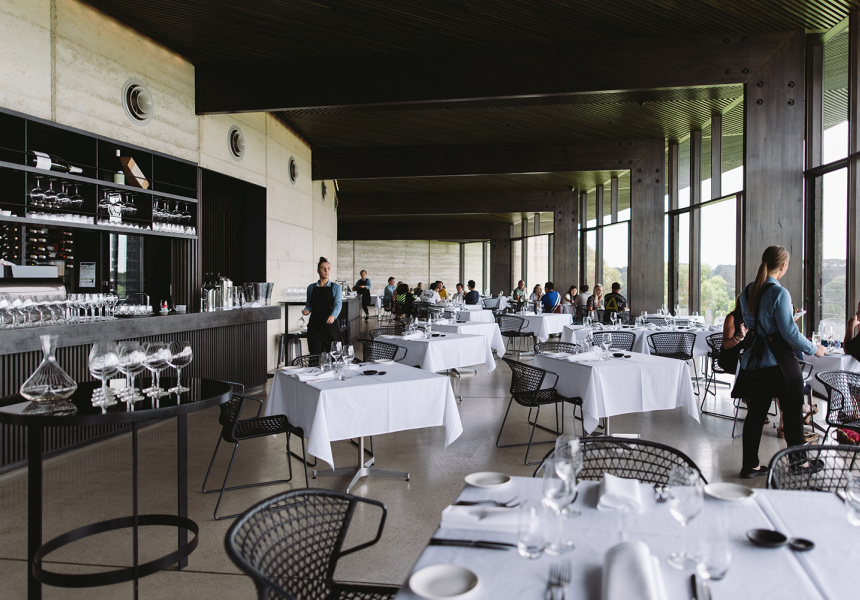 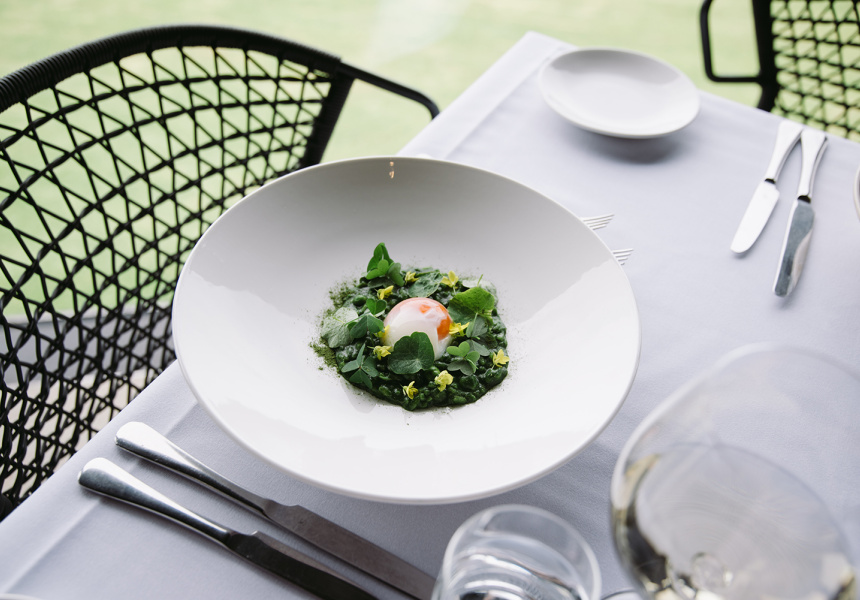 In a region where every turn reveals a breathtaking view, Port Phillip Estate still manages to stand out. The brutalist limestone rammed-earth structure straddles a ridge, granting views of distant Westernport Bay and the rolling hills of the Mornington Peninsula.

Giorgio Gjergja bought Port Phillip Estate vineyard in 2000, followed by the nearby 95-acre Kooyong winery four years later. But it wasn’t until November 2009 that he unveiled the impressive, bunker-like structure (by Wood Marsh Architects) that makes Port Phillip such a striking landmark today.

The building is made up of two wings, which unfurl off a central “body”. Turn left and you’re in the dining room, which hosts weddings and other events for a good chunk of the year. Turn right for the cellar door, where you can taste up to 20 wines, including Kooyong’s single-vineyard Farrago chardonnay and Port Phillip’s own pinot noir. Either way, you’re never far from a window and that view.

You wouldn’t know it, but the wine production is completely internal. The winery and barrel room are hidden in the basement, five metres below the cellar door. The rammed earth acts as natural insulation, removing the need for temperature control. Also hidden in the basement: six self-contained, unbelievably stylish rooms with vineyard views and photographs by Bill Henson.

The set-price, Mediterranean-inspired menu matches the grandeur of the surrounds. Expect plenty of local produce, such as whiting and mussels from Port Phillip Bay, and vegetables from up the road. There’s also a more casual cellar door menu, offering the likes of fettuccini with pine nuts and chargrilled Koo Wee Rup asparagus.