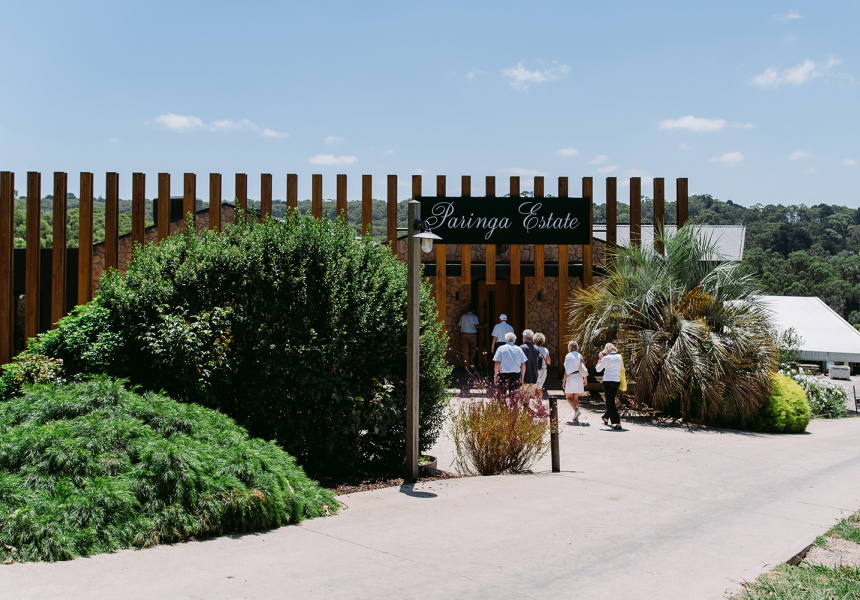 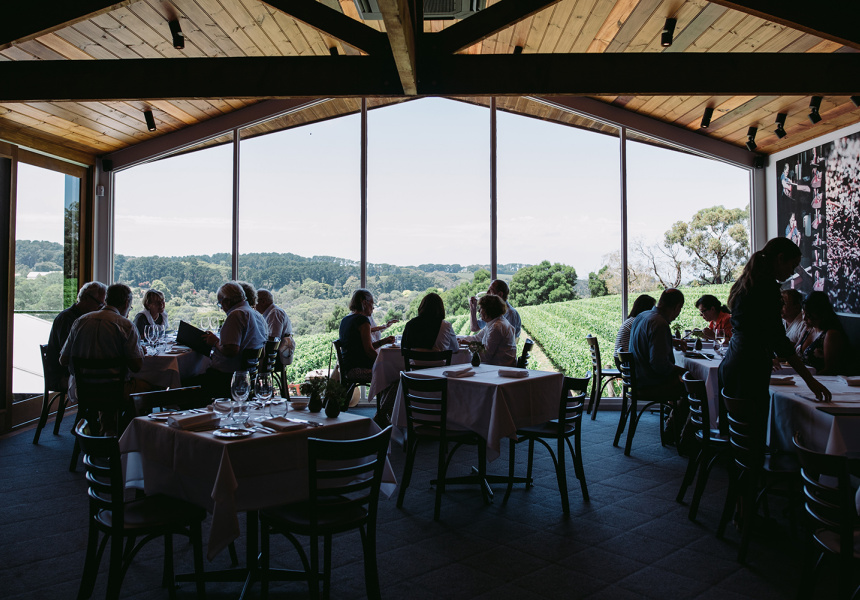 Paringa Estate is one of a handful of vineyards that pioneered commercial winemaking on the Mornington Peninsula. The small pocket of land was a derelict apple orchard until Lindsay McCall acquired it in 1984. The self-taught winemaker spent the following few years planting 10 acres of vines and produced his first vintage in ’87.

The Peninsula’s cool climate can be challenging for local vignerons, but McCall and his son Jamie (who joined as assistant winemaker in 2012) have a few tricks up their sleeve. The primary estate on Paringa Road is a natural amphitheatre, trapping the sun in the gully and warming the vines naturally. U-shaped trellises are also employed in a number of places. This labour-intensive design prevents mildew, and improves sun exposure and yields.

The Paringa restaurant was built in 1999 to showcase the estate’s maturing range of wines. The Peninsula series vintages are produced with fruit from five locally leased vineyards, while the Estate series is crafted from lower yielding vines, some more than 30 years old. The Single Vineyard series is made with fruit from Paringa’s oldest and most established blocks, just below the restaurant, and includes pinot noir, chardonnay and shiraz.