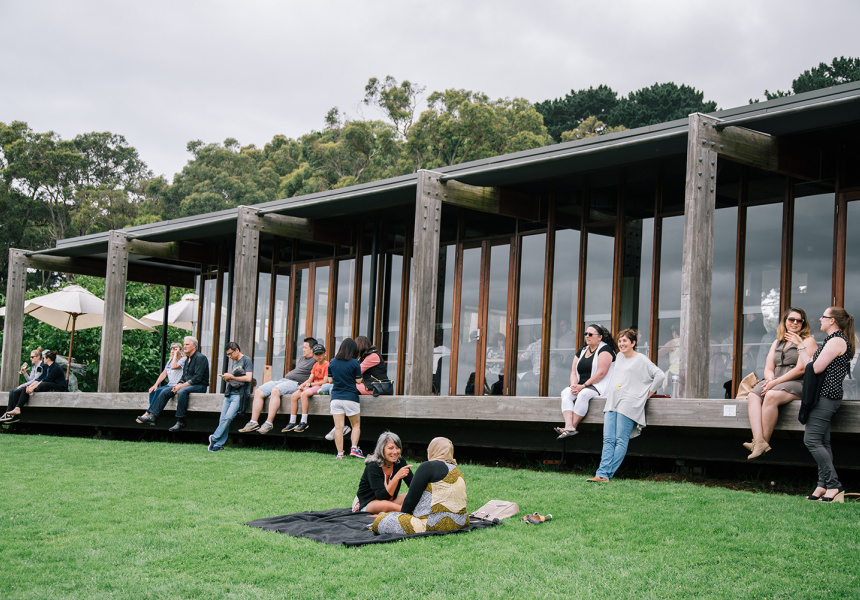 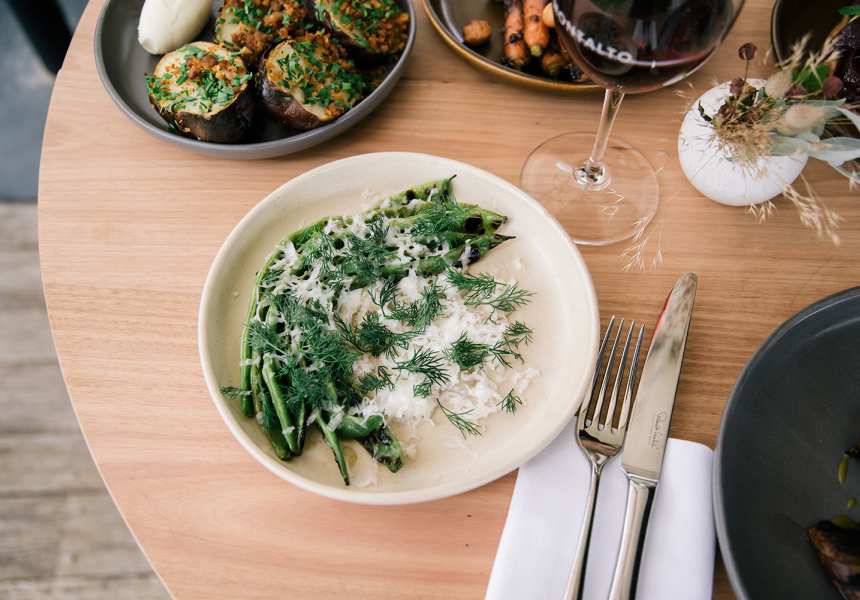 Set on a picturesque 50-acre property, Montalto has taken the concept of a cellar door and taken it to a whole new level.

John Mitchell and his wife Wendy originally started Montalto as a retirement project – one that quickly got out hand, the family jokes. Now the family-run business operates seven vineyards, with 30 acres of vines on the cellar door property, and six others that it leases across the peninsula.

The restaurant first opened in 2002. A 2015 renovation saw the addition of a cafe and dedicated cellar door space. Together, they’re a beautiful place to spend a couple of hours, gazing out over the sprawling vineyard to the distant hills. At the base of the hills, there are 11 secret picnic spots, where you can order in a fully catered picnic, white tablecloths and all. In late 2020, chef Matt Wilkinson (Crofter Dining Room, Pope Joan) joined the team and now helms the kitchen.

All of Montalto’s wines are available by the glass at the restaurant. The family also produces a pale ale and a cider to complement its wine offerings. John’s wife Wendy cultivates beehives; a flourishing market garden; and olive and fruit trees. All this produce finds its way onto the seasonal menus.

After you’ve eaten, take a walk to the sculpture garden. Since 2003, a yearly prize has been running to encourage the production of new works.

In summer, there are twilight jazz evenings. Montalto is also well known for the author evenings it holds in partnership with The Wheeler Centre, which has added an important social layer to Red Hill’s quiet evenings.