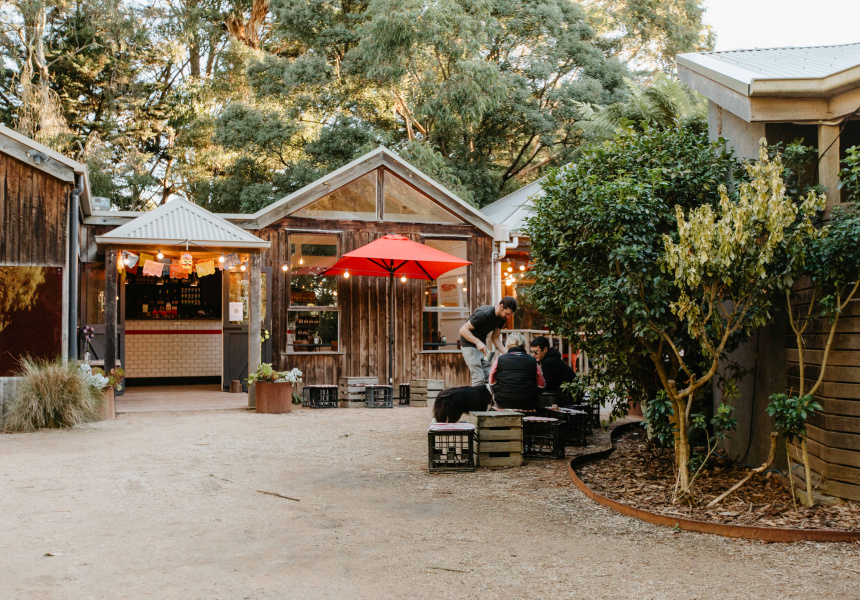 Red Hill Brewery is one of Victoria’s earliest independent breweries. It opened in April 2005, 16 years after Grand Ridge Brewery and eight years after Mountain Goat.

Owners Dave and Karen Golding lived in the UK for several years and used it as a base from which to explore both Britain itself and beer-renowned countries such as Belgium and Germany. As such, their beers are largely influenced by Europe.

Sample the day’s pours with a tasting paddle or grab a pint of your favourite, then head to the deck. The best thing about this place is the idyllic setting. Willamette, tettnanger and hallertau hops (all fairly mild varietals) grow next to the unpaved car park, and established trees surround the main building. It feels much more private and low-key than the sweeping views typically offered by wineries around here.

‘Low & slow’ American-style smoked meats comprise the lunch menu at Red Hill Brewery, which is available until 4pm. Snacks - such as the loaded tater tots, spicy wings and racks of ribs – are served until close.