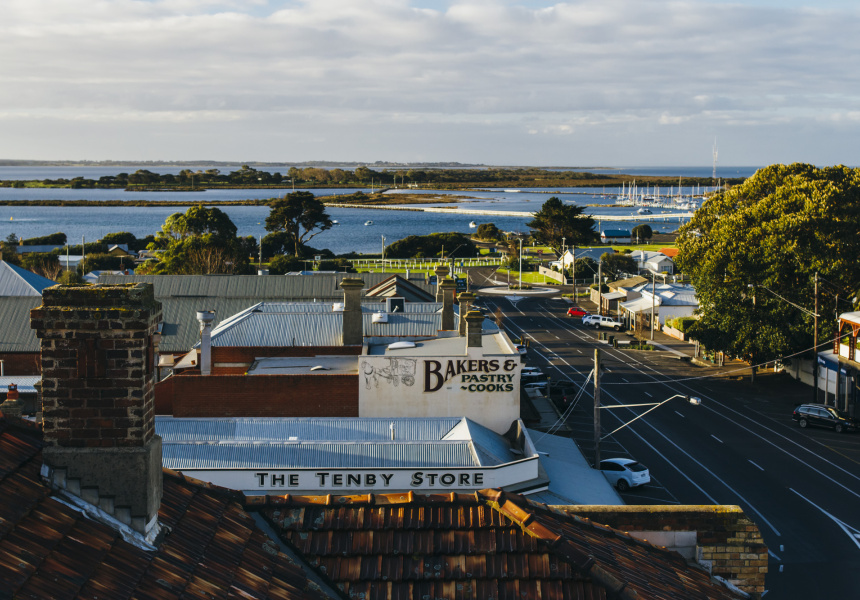 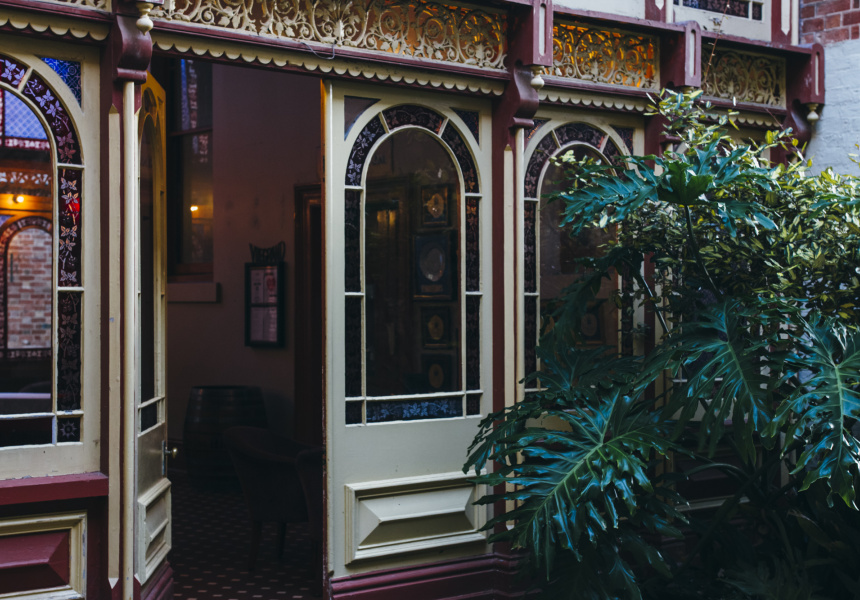 The Vue Grand Hotel retains a faded air of its founding days, when aristocrats and dolled-up dames would take the two-hour steamboat journey from Melbourne for a weekend of drinking and dancing by the seaside.

The hotel was built in the early 1880s. A fire ravaged part of the building in the late 1920s, but two-thirds of the original facade remains. The hotel was refurbished in the 1980s, and a suite was added to the central turret in 2007 after 80 years of sitting unused.

Situated four flights up, The Turret Suite offers 180-degree views of the bay and the main street. There are motorised blinds (which you can control from a switch next to your bed) to block out the light, but we recommend keeping them up to catch the streaks of fuchsia painting the horizon at sunrise. The bathtub has a view, and there’s even a wall cut-out in the double-headed shower, so you can gaze over the bay while shampooing – well, until everything steams up.

The hotel otherwise offers 32 rooms of varying sizes, some with spas and some with balconies, and all with king-size beds.

There’s a casual street-level bar and eatery, and a rooftop bar in warmer months. For something a little fancier, there’s also The Grand Dining Room at the rear of the hotel. If you’re staying overnight, you’ll take breakfast in this cavernous ballroom, or possibly go the whole shebang and book in for its five-course tasting menu with optional Bellarine wine or regional beer matches.