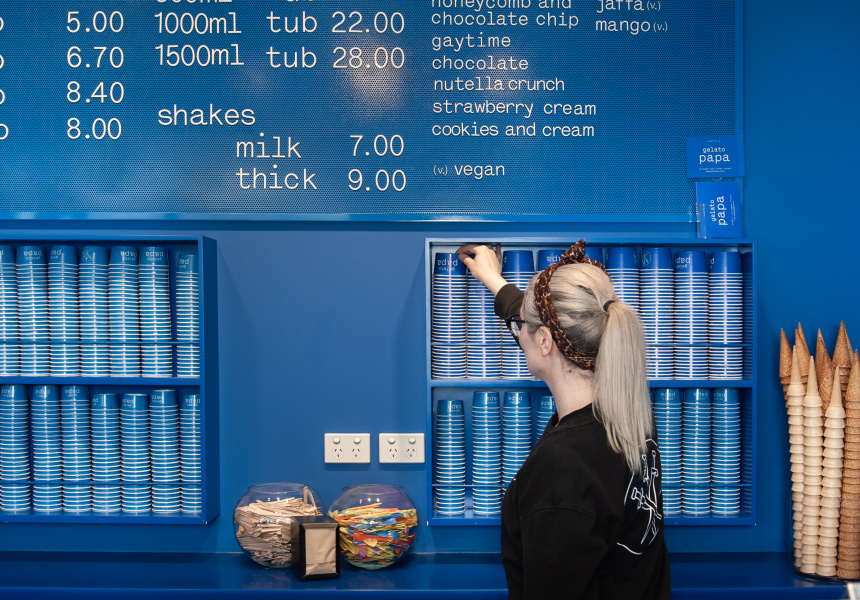 Lily Stuckings (née Papa) is the owner and founder of Gelato Papa. The Sicilian women on the Papa side of her family have been making gelato for over 40 years, and Gelato Papa is her way of honouring her heritage.

Stuckings’s gelato-making method is traditional, but many of her flavours are anything but. Some Italian classics are available year-round; otherwise, it’s all about the specials, which change weekly. Past flavours have included apple pie with dulce de leche, blueberry cheesecake, lamington and even gorgonzola.

Everything at Gelato Papa is made on-site from scratch, from the honeycomb toffee down to the granola in the blueberry-yoghurt-granola gelato. Ingredients are locally sourced, with Stuckings’s friends and neighbours providing much of the fresh produce – her neighbour is her Vietnamese-mint supplier when it’s in season (for her vegan lemon-and-mint sorbet), and her father sometimes forages for the prickly pears that show up in certain flavours.

There are also some adventurous vegan options, like the bombe alaska cake with torched meringue made from aquafaba.