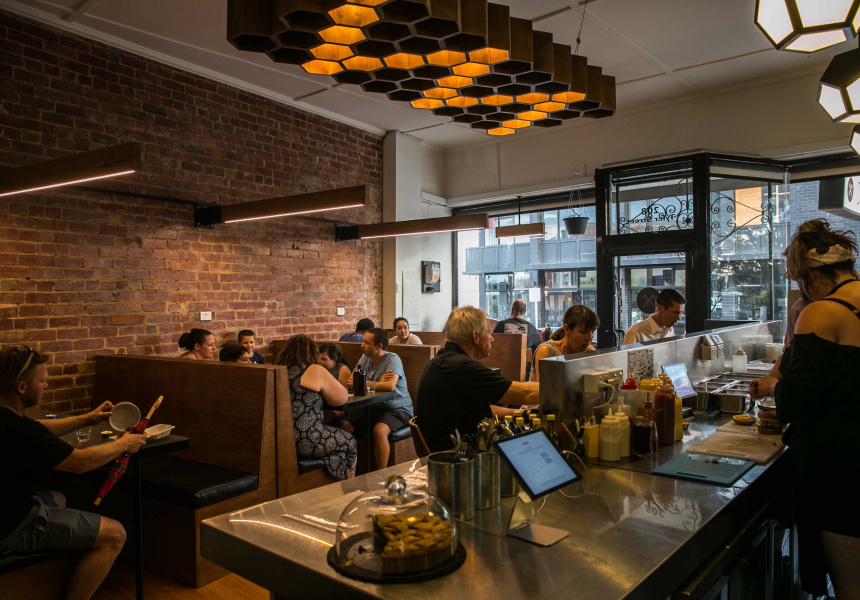 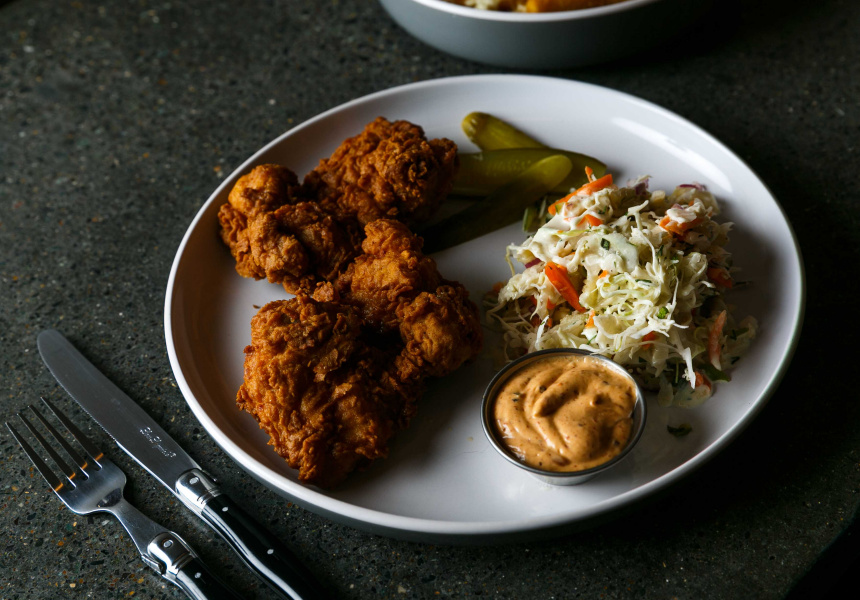 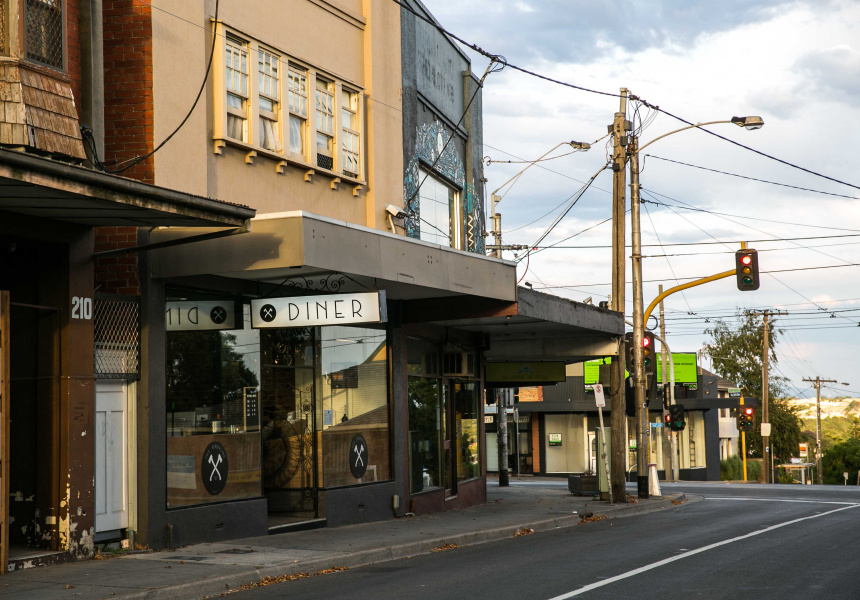 Here, that comfort food might come in the form of a fried chicken burger with apple slaw, aged cheddar and chipotle mayo. The Ox Burger is a 180-gram patty made from beef brisket that’s ground daily, aged cheddar, pickles and O’Shanassy’s special fry sauce – a combination of mayo, ketchup, mustard, pickle relish and spices. (He also developed the mayo and vegan cheese himself.) In all the burgers, the chicken and beef can be swapped out for fried seitan. In fact, every item on the menu can be made vegan, including the three-cheese poutine (a Canadian dish of fries, cheese curds and gravy).

Desserts draw on skills O’Shanassy acquired during a stint as a wedding cake baker. Inspired by the resurgent popularity of Twin Peaks, the vegan cherry pie is adapted from a traditional American recipe that uses frozen pitted cherries and a plant-based shortcrust pastry (which O’Shanassy reckons he’s finally perfected).

The cosy, 24-seat space takes cues from traditional diner fit-outs, and is warmed by sleek wooden fittings O’Shanassy crafted himself, including the honeycomb-shaped light fixtures overhead and the booth frames.