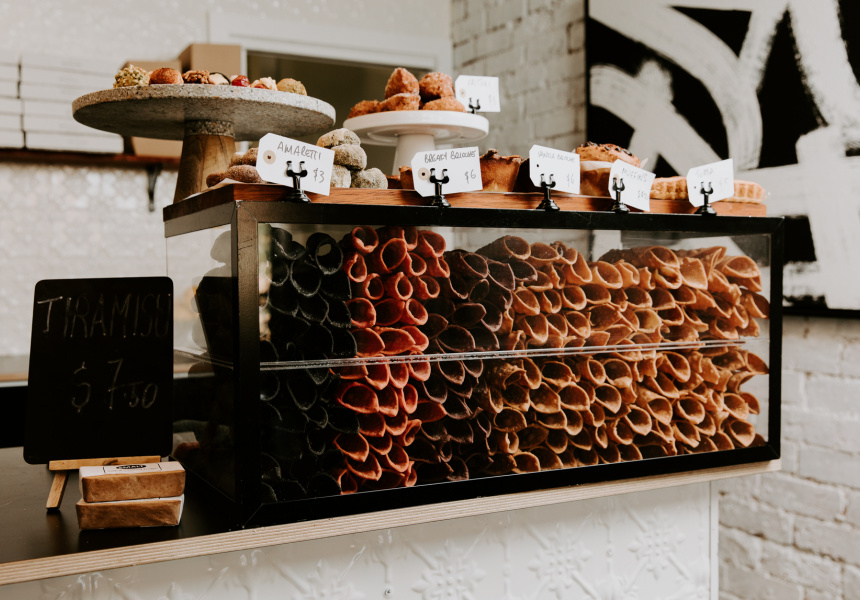 Dom and Kate Marzano began handcrafting gluten-free cannoli in 2017 in a vintage caravan named Ivana. They were making cannoli for markets, festivals and events before opening their first store in Preston in December 2018.

Dom has over 20 years’ cheffing experience (having spent time at Grossi Florentino and The North Melbourne Hotel, among others). And while Eat Cannoli – which is accredited by Coeliac Australia – offers the classics, it’s more well-known for its experimental flavours.

There are seven rotating cannoli specials each day, all gluten-free and often vegan. Expect crème brûlée, or strawberry and fennel (made using fennel grown in the duo’s back yard), or a vegan pistachio panna cotta number. The Ricotta “OG” is a standout, piped with whipped ricotta with candied orange, chocolate chips and delicately sweetened with honey from the couple’s beehives, which are housed on the roof of their garage.