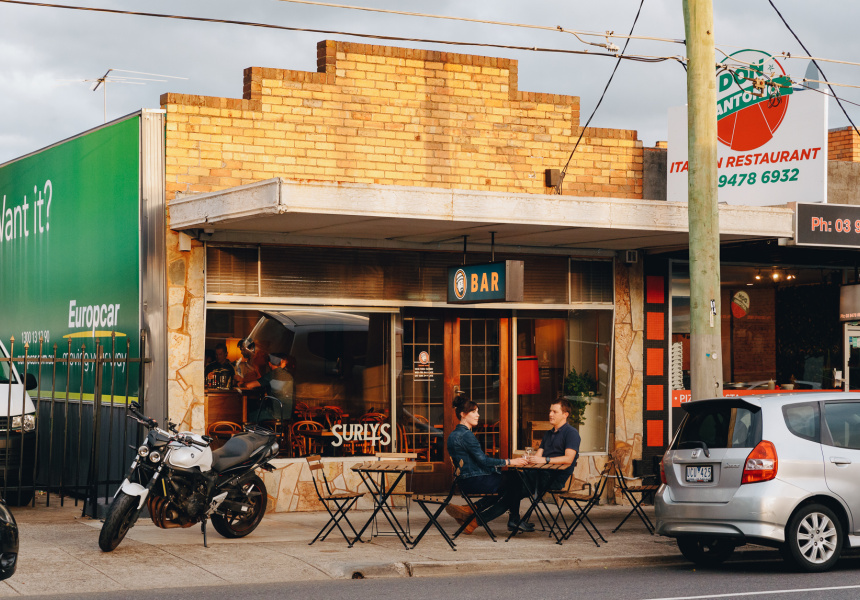 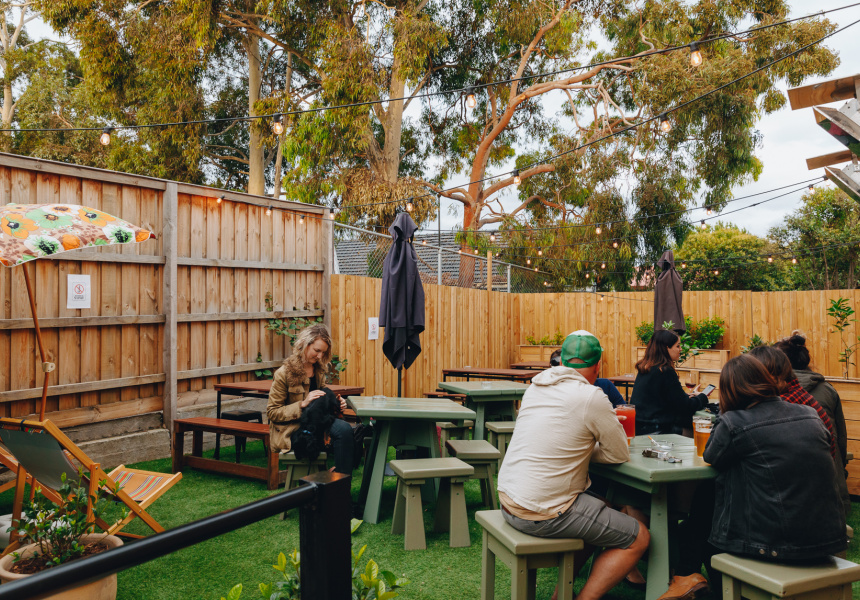 Surly’s is a neighbourhood bar with a lived-in kind of charm. Inside, things are comfortable: the bar backsplash is tiled in beige, and the couches and chairs – in mismatched hues of brown and grey – are just the right side of dinged up. Outside, the old carport (the building used to be an accountant’s office) has been turned into a laid-back astroturfed beer garden. Owners Matt Evans and Sarah Russell live in Preston, and Surly’s has clearly been put together with locals in mind.

That carries over to the beers on tap, where the selection generally leans towards brews from Melbourne players, including some from Moon Dog and Future Mountain, which are just down the road. Off tap, plenty of colourful cans from other Australian breweries fill the fridges.

Wines by the glass involve a handful of reds and whites, and there’s usually a sparkling, a pét-nat and rosé to choose from, too. Elsewhere, expect a simple list of classic cocktails such as whisky and amaretto sours, made vegan by subbing aquafaba for the traditional egg white, and a handful of local gins such as Patient Wolf and Tasmania’s citrusy Three Cuts.

There’s no kitchen, but there’s a list of local restaurants on their menu, encouraging drinkers to order in. Otherwise pick up a pizza next door at Don Antonio’s, or a curry two doors down from Maharajah’s, and find a good spot out back.