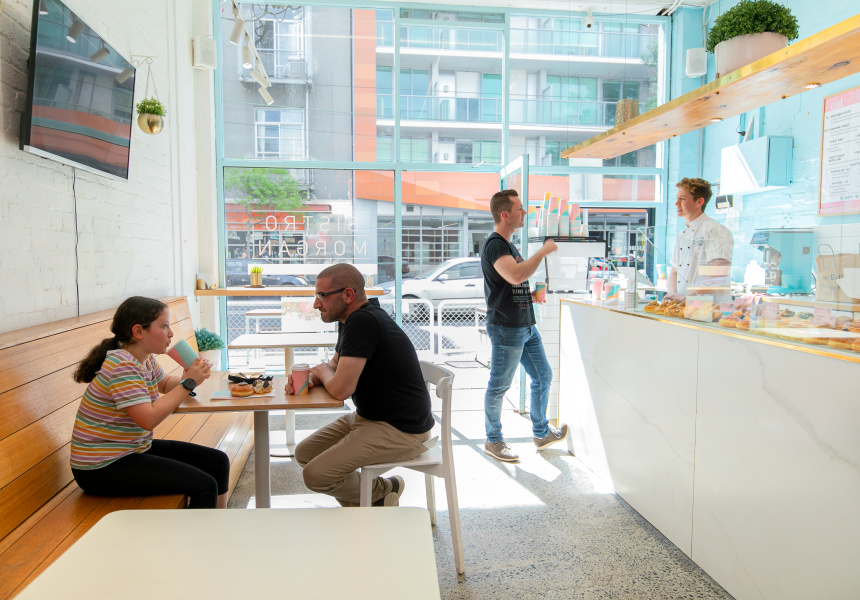 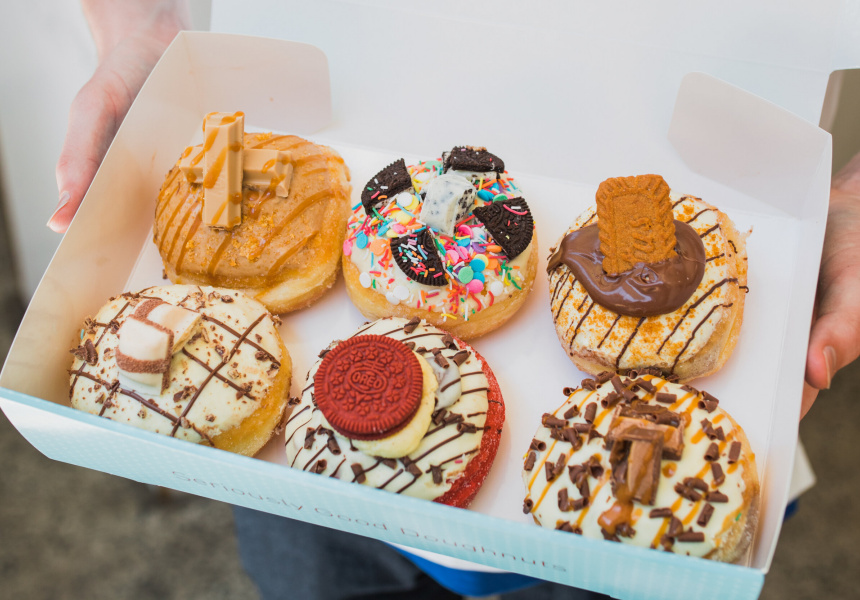 Morgan Hipworth started his doughnut business, Bistro Morgan, in 2013 – when he was just 13 years old. Initially, Hipworth supplied some of Melbourne’s best cafes with his doughnuts. But before long, he had his own popular shop in Windsor.

The house-made sourdough is available to purchase by the loaf, and it’s also used in the toastie range. The ham and cheese toastie is the bestseller, followed closely by Bistro Morgan’s rendition of a Reuben (which uses sourdough rather than rye).

On the sweet side there’s a classic range of pastries, including scrolls and other treats. The cookies here are almost as popular as the doughnuts, which nonetheless remain the biggest draw. The decadent Cookies Monster is a brioche doughnut filled with cake batter and topped with couverture chocolate, Oreos and sprinkles. The crème brûlée doughnut – a classic doughnut iced with vanilla custard and crunchy toffee – is another menu mainstay.

On your way out grab a coffee (supplied by Inglewood Coffee Roasters to help cut through all that sweetness.