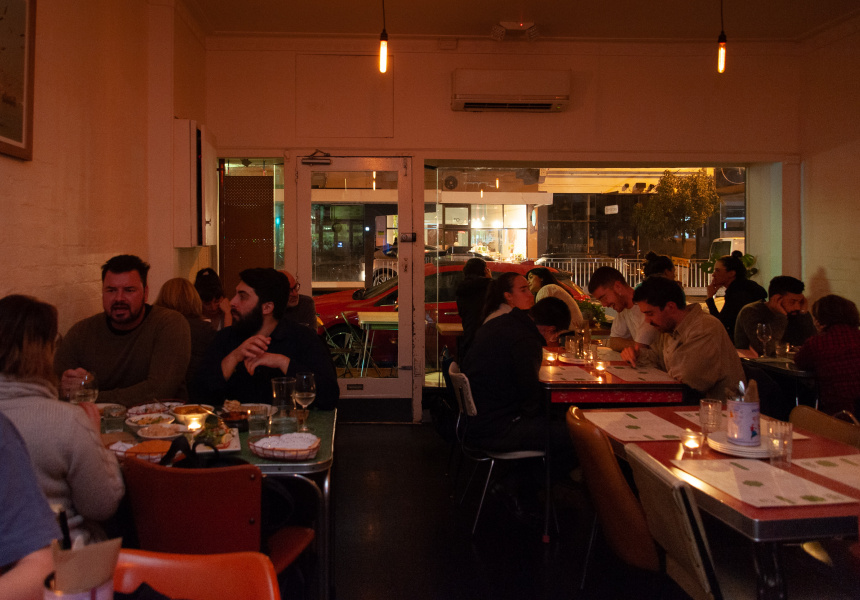 Curry Cafe feels like the bustling living room of owner Michael Vass, full of diners teetering between satisfaction and full-blown gluttony. Peer into the storefront along High Street and you’re likely to see regulars hugging staff, and belt buckles being let out a notch.

This familiarity makes sense. The building has been in Vass’s family for 40-odd years and became Curry Cafe in 1995. Vass took the reins in 2013, and he’s got a knack for knowing what to update and what shouldn’t be touched; you won’t find any WordArt on the menu, but the tables from the ’90s remain.

The approach to the food is similarly savvy. Where most Indian restaurants use the same ready-made pre-roasted spice mixes from the big importers, Curry Cafe instead uses spices sourced whole and green. Staff then roasts them in a kadhai (a large heavy-based pan) weekly before grinding them in an industrial spice grinder imported from India.

That makes the curries the stars on the menu (unsurprisingly). Bring friends and get the creamy lamb pasanda, a saag curry with paneer (a cheese made from strained milk curds), and the more adventurous martaban, a spicy and slightly sour curry in which the meat is cooked for 48 hours in pickling spice. Veg-based curries are also no afterthought; the eggplant is a staff favourite. There’s also a selection of barbeque options straight out of the tandoor.

A simple drinks list keeps decision fatigue at bay. Wine is either a house red or white, or perhaps a glass of vetted, curry-friendly pét-nat from the specials board. Beer is all tap and ranges from a boozy red ale to a session-friendly house lager.