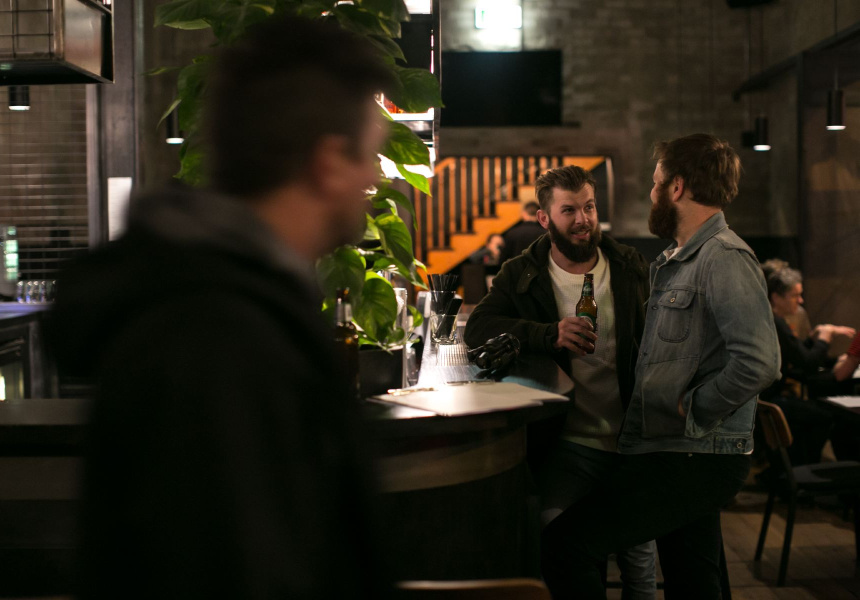 The Northcote Social Club sits almost exactly halfway down High Street’s shopping strip. Being part-owned by those behind Richmond’s Corner Hotel, it has a similar focus on live music.

The band room is smaller than the Corner's, which means it's perfect for acts with a more-modest sensibility. You won’t be bothered by view-wrecking giant pillars or sweaty crowds here (as much), but you’ll still get to hear some great music.

The NSC was born in 2004, when the old Commercial Hotel was given a makeover. Within a few years it became a real destination in Melbourne's indie-music scene. A second renovation in 2015 (by Breathe Architecture) smartened up the site.

The result is a more welcoming and functional space, along with a new menu featuring assorted pub classics and share plates. There’s plenty for the health-conscious and vegetarian too, from raw salads to slow-roasted mushroom burgers.

But really, it’s all about that band room, which supports local music and books niche acts from interstate and abroad. A free, three-band gig is held weekly for Monday Night Mass – $15 parmas (chicken and eggplant) and jugs of Carlton Draught rounding off a night of great value.