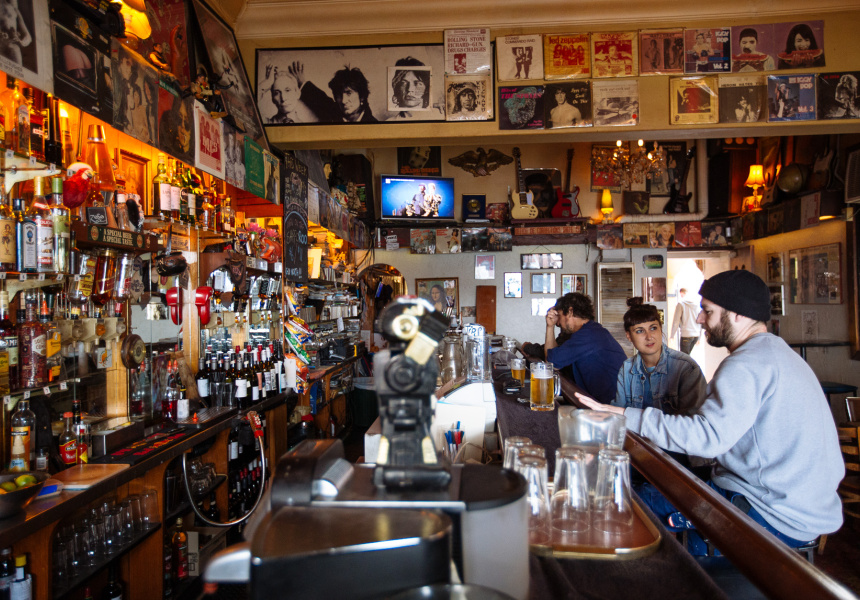 The Town Hall is a great pub. The fit-out is decidedly not Projects of Imagination or the like: the walls are slicked with signed bits of Stones memorabilia, and an earnest rock’n’roll band occasionally bumbles away in the corner. The extensive beer garden channels some kind of sprawling share-house vibe, with its individually heated booths a great place to catch the sun set on Melbourne’s blessed west.

The food is not by Andrew McConnell, but they’re called classics for a reason: you’ll have an eggplant parmy if you’re vegetarian, while your carnivorous mate tucks into a sizzling mixed grill. If you’re in a continental kind of mood, the marinated lamb cutlets with Greek salad, pita bread and tzatziki are a sure bet. The beer isn’t particularly crafty: but it’s by Coopers, it comes in a pint, and it’s delicious. Like we said: The Town Hall is a great pub.