The site will be demolished and redeveloped in 2017, but until then, this low-key bar is a local oasis. 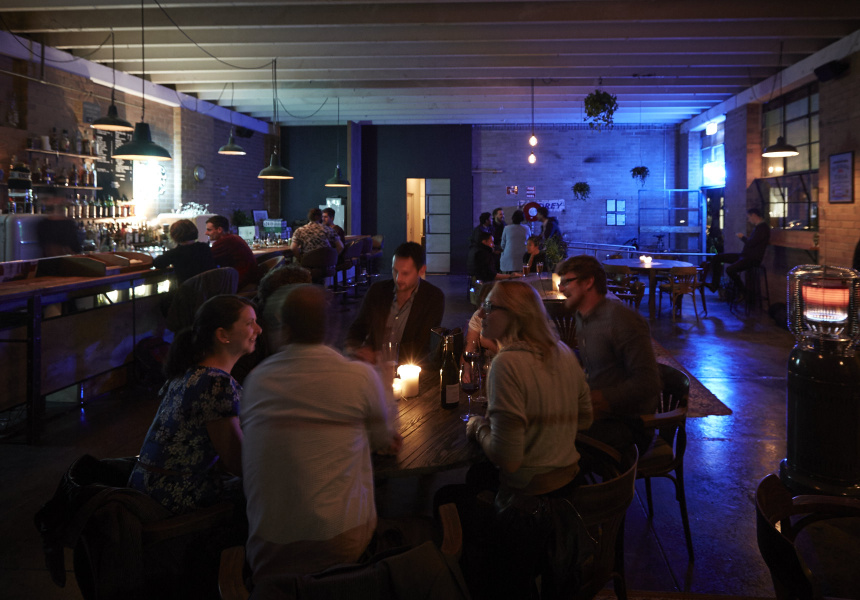 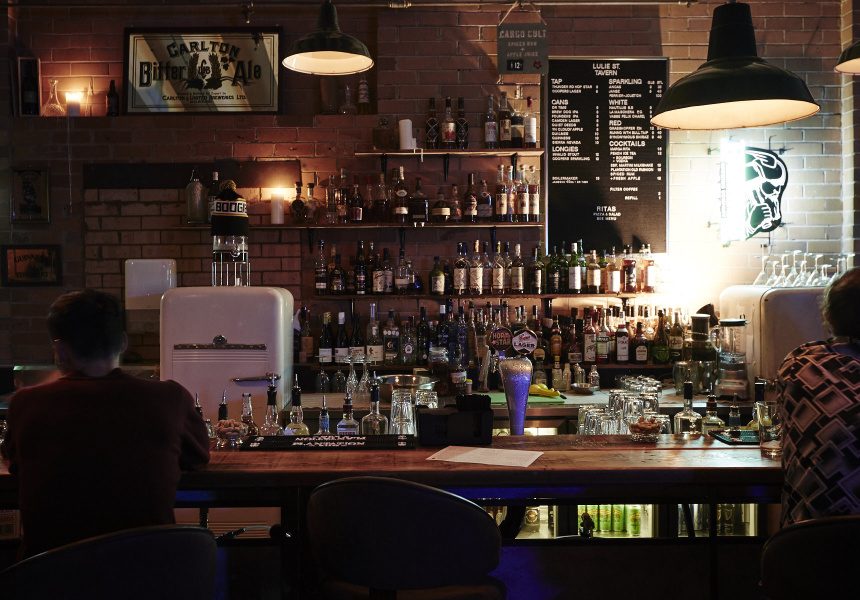 For a strip that was almost devoid of nightlife a few years back, Johnston Street, Abbotsford, is coming along nicely. There’s Rita’s Cafeteria, Dr Morse, The Yarra Hotel, and now, Lulie Street Tavern. It is a relaxed bar from two long-time Curtin House staff members, Jon Farrell and Brendan Kennedy.

Like many hospitality workers, the guys have been keen to do something of their own for years. Their initial scouting took them to Taranto Shoes, where they asked to take over its lease. The company didn’t want to leave, but as luck would have it, the small warehouse out back was empty.

There was just one problem: the whole site – including Taranto and another shop next door – is earmarked for demolition in two years. The duo didn’t mind. “We kind of want to test out a few things we think might work, and if they don’t go to plan, we’re not locked in for 10 years,” Kennedy says. “We’ve hopefully done it in such a way that everything’s removable and reusable.”

Understandably, “everything” isn’t much. Apart from the long bar which splits the room lengthwise, and the odd hanging plant, the concrete floor and yellow-brick walls are barely decorated. The padded bar stools are from Kardinia RSL, while the many bentwood chairs once belonged to a pizza shop in Frankston.

But while the place was clearly done on the cheap, the vibe at Lulie doesn’t suffer at all. It’s buzzy yet laid-back, thanks to a dartboard in the corner and the BYO records spinning away behind the timber bar, which is littered with small mountains of cracked peanut shells. (The nuts are free.) Pizza from Rita’s across the road can be ordered and paid for at the till, as if it were coming from in-house.

This honest approach seems to succeed mostly thanks to the duo’s combined bartending experience. There’s a pretty unique selection of draught, canned and bottled beers, for example, including $12 longnecks. Otherwise the five signature cocktails and the solid whisky selection are enticing. It’s affordable, but the quality doesn’t suffer like it might at a pub.

From this weekend the venue will get a lot more unique when food trucks start pulling into the undercover carpark attached to the side of the building via a huge roller door. Normally they’re not allowed to operate in the City of Yarra. But because the bar is private, trucks will be free to come and go on Fridays, Saturdays and Sundays.