A Melbourne bar captures the imagination of Seinfeld fans around the world. Does it nail the Costanza theme? 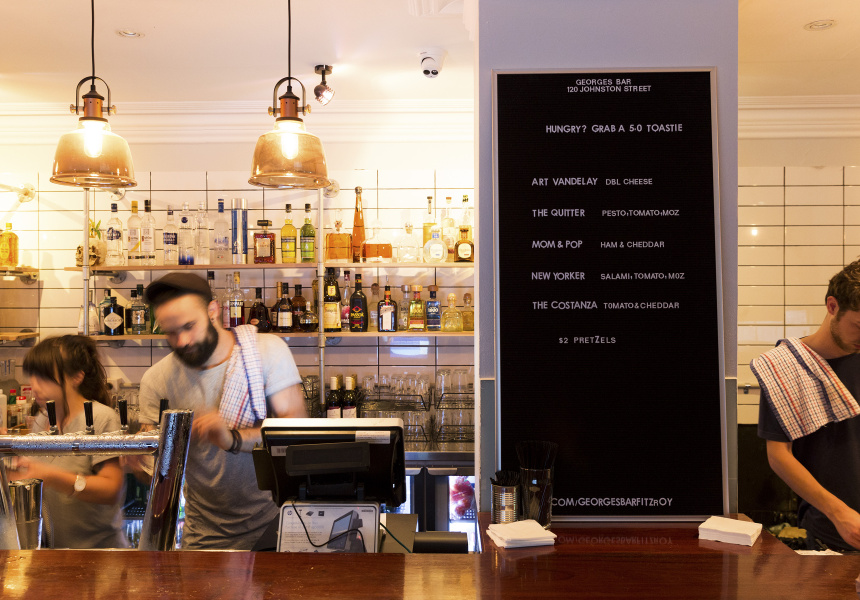 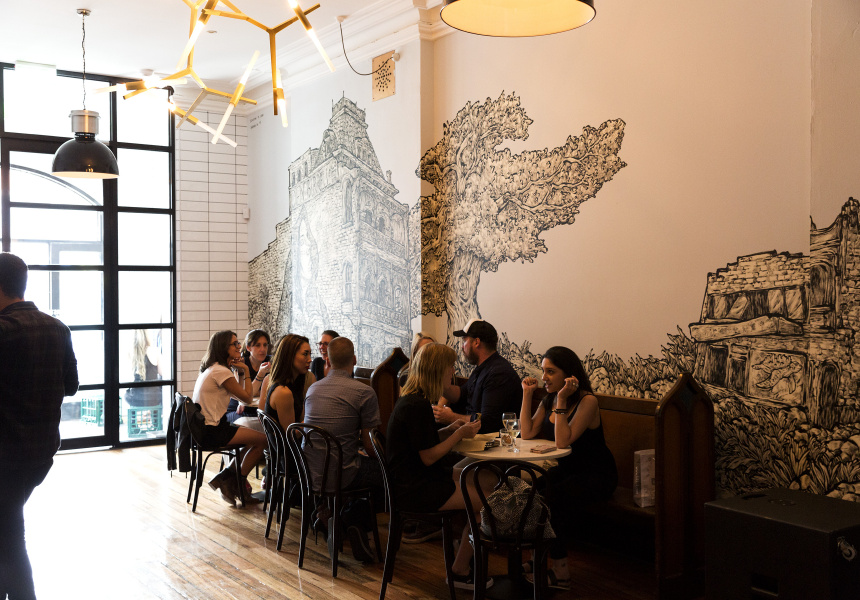 Even Heston Blumenthal’s relocation of The Fat Duck didn’t get this much press.

George’s Bar opened just six days ago. Already the George Costanza-themed spot has been covered by The Age, Buzzfeed, the UK’s Daily Mail, and American publications New York Post and Hollywood Reporter. Even Jason Alexander gave it a shout-out on Twitter.

So how does it actually stand up?

The theme is there, but it’s pretty light-on. There are a few quotes, character paste-ups and signed portraits on the walls, bowls of pretzels on the bar (they’ll make you thirsty), plus cocktails and toasted sandwiches variously named Draped in Velvet, The Hand Model and Art Vandelay. That’s it.

“It’s more of a homage to George Costanza than a theme bar as such,” says Dave Barrett, who owns this and Laundry Bar with wife and fellow Costanzaphile, Tina Barrett. “It’s not a theme-park ride – it’s a bar in Fitzroy.”

Right on. Once you move past the novelty, it’s a simple sort of place, with murals inside and out by local artists Adnate and Shawn Lu. Like Nighthawks and Monty’s, it champions a back-to-basics attitude.

The easy-drinking beers are all by Lion Nathan, leaning heavily on the Little Creatures brand. Five signature cocktails (seven would have been more appropriate) variously appeal to whisky, vodka and rum drinkers without being too serious.

Likewise, the fanciest of five toasted sandwiches is The Quitter (basil pesto, tomato and mozzarella). “With all this attention, we’re making 150 toasties a night,” Barrett says.

There are a few things in progress. A Frogger arcade machine is on the way, plus a copy of the pilot Seinfeld script signed by Jason Alexander.

But even with these great touches, we’re not sure our appetite for Costanza will be fully satisfied. As much as we respect the “it’s not a theme-park ride” approach, we’ve come up with a few suggestions for improving the theme:

A sleeping nook under the bar, complete with alarm clock.

A copy of Trivial Pursuit with the word “Moops” on an answer card.

Twix bars, a big salad, hunks of cheese and a shrimp cocktail on the menu.

A dessert made with Bosco syrup.

No toilets. You have to find a public toilet if you need to go. This could be a tough one to get past local council, though. Instead, we suggest bathroom stalls that go all the way to the ground.

When you call the bar, George’s answering machine picks up.