The Beaufort at The Broadsheet Bar

Get a taste of yet-to-open bar The Beaufort on Saturday at the Broadsheet Bar, presented by Schweppes. 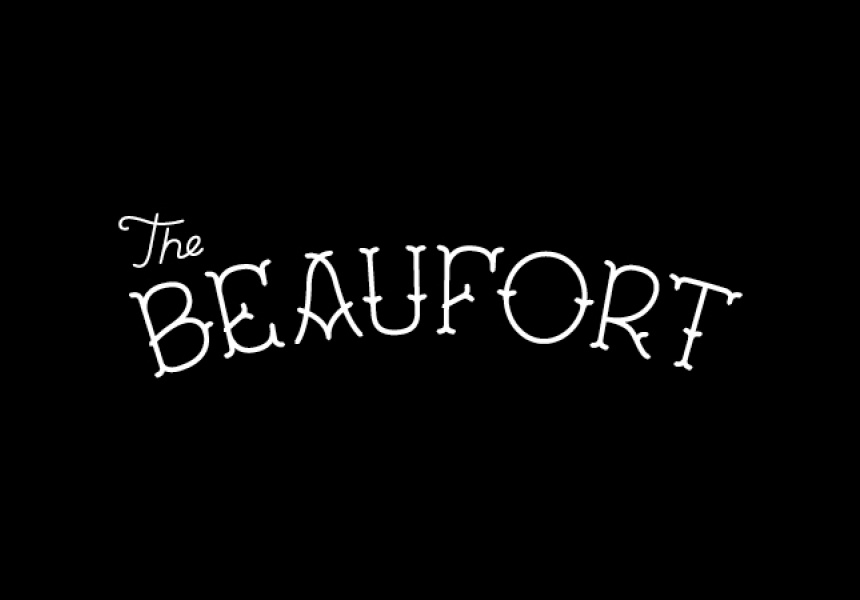 A collaborative effort between bartender (and Broadsheet contributor) Dave Kerr, his wife Lois Kerr (Sailor Jerry Rum Ambassador), Emlyn Olaver (architect and DJ) and Rhys Gorgol of design firm The Company You Keep, The Beaufort is making it's debut at The Broadsheet Bar, presented by Schweppes

The loose concept is that of a nautically themed dive bar - "It's all about making great drinking accessible and importantly fun. And if you don't feel like a top shelf whiskey, you can have a $5 beer," says Dave.

The fit-out consists of nautical objet d'art to invoke the feeling that it's where sailors would mingle with stevedores and have a great time.

The music, taken care of by Emlyn Olaver, known better by his moniker Emillionzzzzz describes the offering on vinyl as a good old analog sounds, "A bit like long haul trucker music".

The design is highly considered, with The Company You Keep consulting on everything from menus to uniforms, through to custom drinking vessels and limited edition tea towels.

As for the location, the crew are staying tight lipped, save to say "It's somewhere between SOJO (South of Johnston) and NOJO (North of Johnston)".

The Beaufort at The Broadsheet Bar is a taste of the quality, fun and enthusiasm that will be injected back into Melbourne in the coming months, and their cocktails for the night certainly reflect this. Zapple Juice is a very grown-up juice – fresh apple juice and lime are spiked with 23 year old Zacapa rum. The Bermuda Yacht Club is a tasty mix of white rum, lime, spiced Jamaican syrup Falernum, Cointreau and sugar. The Golden Cadillac is another childhood classic given an adult twist – orange juice, vanilla ice cream, Crème de Cacao and vanilla Galliano are whizzed in a milkshake maker. Also on offer will be fresh sangrita and verdita to accompany tequila, rum and bourbon and some tasty pork crackling, beef jerky and special Beaufort Pretzels for snacking.

It’s going to be a big one Saturday, get down for some Beaufort fun.