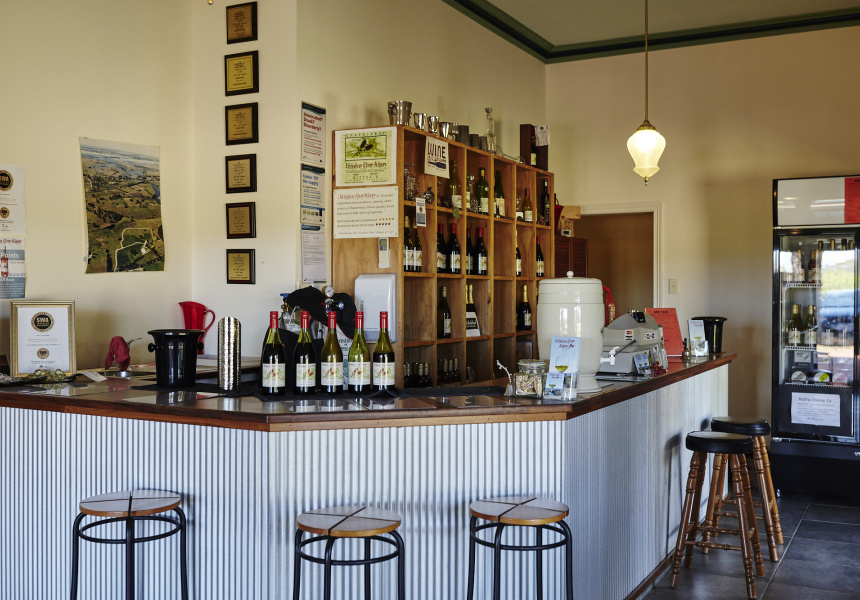 Ken and Juliet Eckersley bought an old farmhouse in Nicholson in 1978 and began planting 20 acres of vines. Now it's one of the oldest vineyards in the region. Back then it was a risky move setting up a vineyard on entirely unexplored terrain. But they were fuelled by a desire to see if they could fashion wines like the greats of France.

Once a science teacher, Ken went on to wine studies at Charles Sturt University at the same time as some other now-prominent Australian winemakers. He then became a founding president of the Wine Gippsland body in 1984.

Flavourful, European-style wines were always the driver, and with nine varietals in the vineyard, he had plenty to play with. Taking a minimalist approach, his wines are made with few additions. That translates to no preservatives and no fining, he goes easy on filtering, keeps the sulfur dose low, and uses some wild ferments among mostly cultivated yeasts. Yields are kept purposefully low (1.5 tonnes per acre) to increase concentration and the flavour of the grapes.

Everything is grown and made on-site, and if you're lucky you'll spot an echidna, wallaby, rabbit or wedge-tail eagle as you roam the property. Enjoy a tasting inside before settling in with a glass and a local cheese and antipasto platter outside. Table grapes tempt overhead, though the idyllic views of the Nicholson River are fairly distracting too.