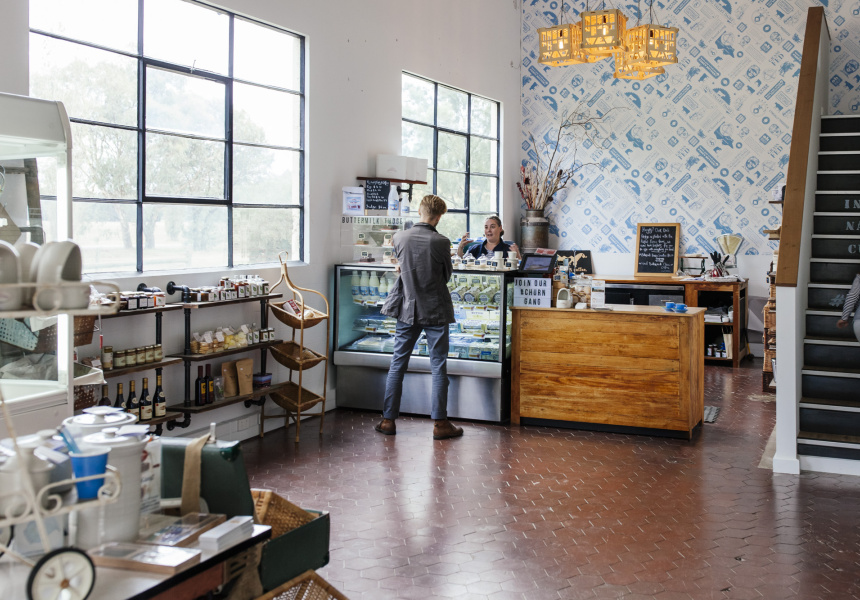 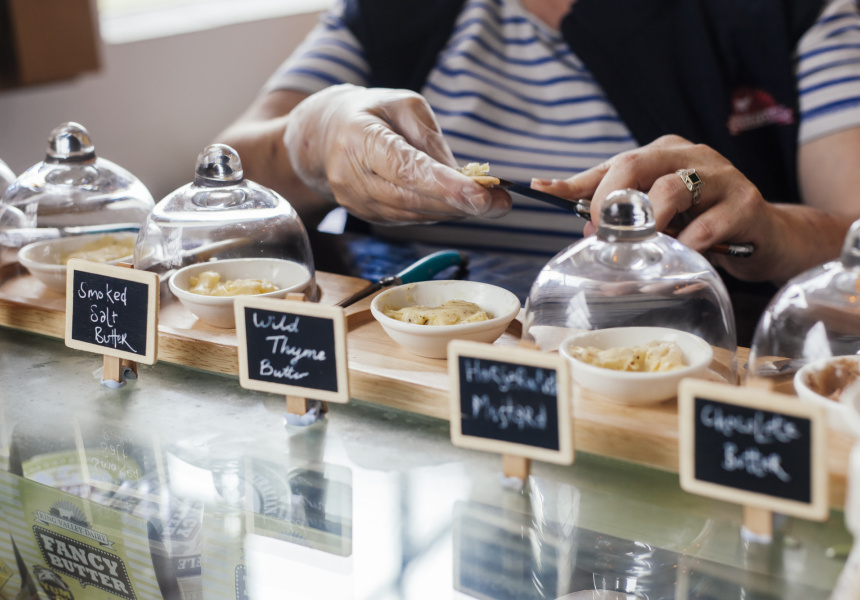 King Valley Dairy was originally known as Myrtleford Butter Factory. It rebranded and moved to this new spot at the end of 2016, while remaining focused on its superior butter production.

Once you’ve tasted the range, have a coffee and some buttermilk fudge at the on-site cafe, then peruse the larder. It’s stocked with housemade preserves, fermentation pots and butter crocks made by local potter Andrew Cope, plus picnic supplies such as charcuterie, cheese, olives, antipasti, preserves and bread. You can picnic on the deck or at the nearby swimming hole.

The butter-making happens out the back. The range includes naturally cultured buttermilk, creme fraiche, butter, ghee and buttermilk ricotta. Then there’s “fancy butters”, with ingredients such as Milawa mustard and Wangaratta garlic folded through.

Chief butter-maker Naomi Ingleton was awarded the Jack Green Fellowship in 2012 and travelled through Europe to learn from some of the best butter makers in the world, including working at Noma’s Nordic Food Lab. It was here she discovered the smoked salt found in one of the fancy butters.

King Valley Dairy prides itself on its no-waste production system. The cream is sourced from the grass-fed cows of Australian-owned dairy co-op Riverina, where it’s essentially a by-product. The team also works with likeminded companies such as Mt Zero, which employs local Aboriginal peoples to harvest pink-lake salt responsibly, and an Indigenous community in Central Australia, which grows native thyme.