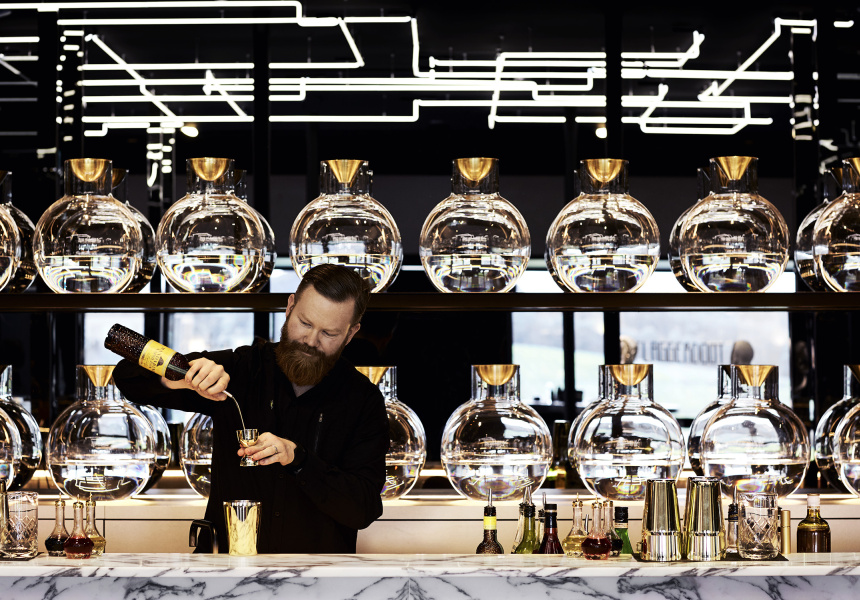 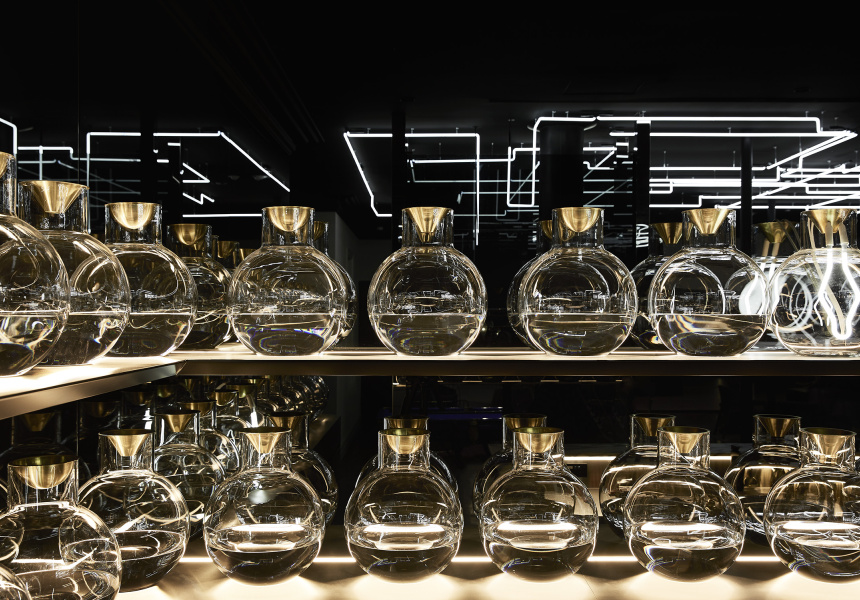 When Louis Li bought, revamped and reopened the Willow Creek Vineyard site in 2017, his ideas raised a few eyebrows. The property now contains a luxurious 46-room hotel known as Jackalope; Flaggerdoot, the hotel’s bar; Doot Doot Doot, a fine-dining restaurant; and Rare Hare, a warm, communal restaurant that looks onto the 11-hectare vineyard.

Some context around these strange names: a jackalope is a mythical creature – a jackrabbit with antelope horns. A flaggerdoot is the collective noun for a group of jackalopes. And a doot doot doot is the leader of a flaggerdoot, supposedly.

Li has an artistic streak – he came to Melbourne to study filmmaking – and kooky, avant-garde concepts shape many aspects of the present-day property. They’re in sharpest focus at Flaggerdoot, a neon-lit bar with a bright-blue pool table, gold armchairs and stone busts with the faces sheared off. Some will find it over the top, but no one could accuse it of being boring. Ironically, the futuristic space is located in McCormick House, an Edwardian building flanked Willow Creek’s driveway since 1876.

Behind the bar, smartly uniformed staff mix cocktails to exacting standards, using everything from lavender to chipotle. There’s also estate wines, local beers and a vast range of whiskies, gins and tequilas from around the world. You might not expect it, given the rural setting, but in many respects Flaggerdoot is a match for most bars in the Melbourne CBD, right down to the knowledgeable table service it offers.

On Saturdays from 4pm onwards, Flaggerdoot is open to in-house and Doot Doot Doot guests only.