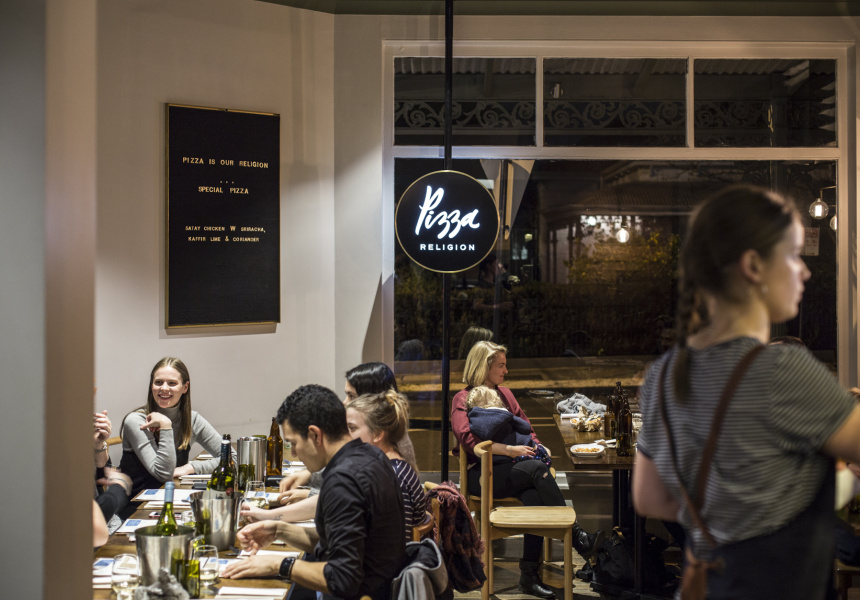 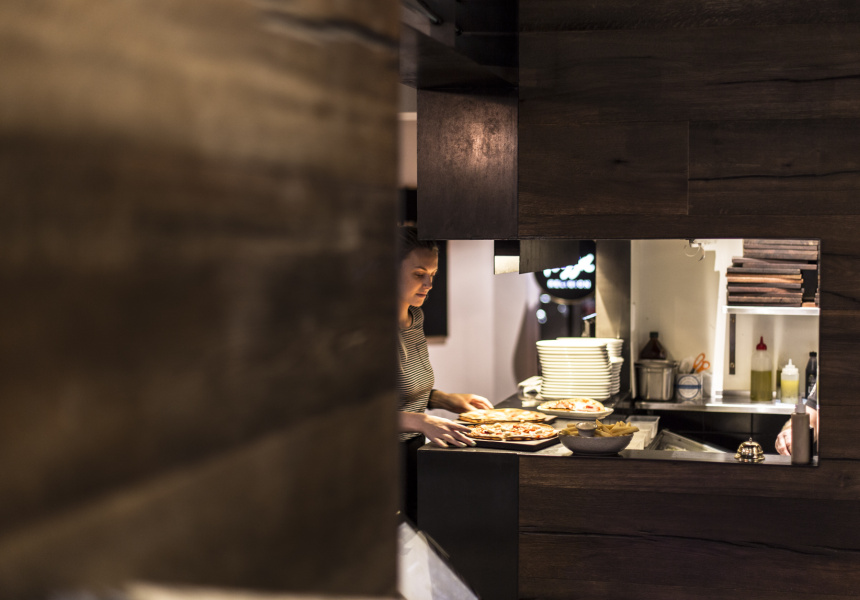 Five years after the first Pizza Religion opened in Hawthorn East, it was given a sibling. The Malvern outpost is fairly similar, but has its own spin.

Green leather, warm lighting, copper trimmings and lots of timber make for a contemporary look that’s similarly earthy yet distinct from its elder. Sit up at the marble bar for a tap beer, or take a seat at the banquettes with a bottle of wine.

The menu is largely the same, including the popular 18-hour beef cheek, cauliflower puree and truffle oil pizza. Alongside classic Margherita and pepperoni pizzas, there are more inventive combinations. Chorizo is paired with prawns, chipotle and jalapeños. The pork belly with sage, caramelised onion, radicchio and fior di latte is another winner.

Vegetarians aren’t forgotten. The roast pumpkin and pesto, and mushroom and taleggio pizzas are both substantial and delicious. There are non-pizza items available too – such as sticky glazed chilli ribs and arancini.