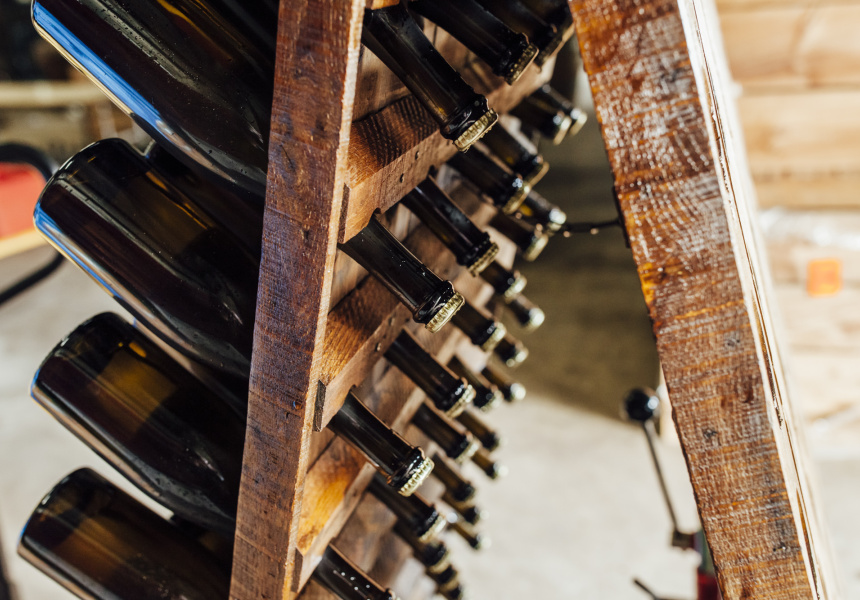 Neil and Anna Hawkins met in Neil’s native South Africa. He was making wine, and Anna was travelling and tasting. They decided they were onto something good and eventually moved to South Gippsland, via Sydney, in search of cool-climate grapes to call their own.

In 2014 they bought seven acres of vines planted in the early 1990s, spanning eight varietals. They moved in, kept the existing on-site accommodation running, and began tinkering until they produced something they enjoy guzzling.

Neil learned about acidity in Alsace, France, and subsequently his whites speak to that style. Each of his wines experience full malolactic fermentation (a secondary ferment), except for the renowned pet-nat (like Champagne, but frothier). Despite no filtering or fining, there’s a level of clarity to The Wine Farm’s wines that can be less present in many Australian naturals.

The on-site worker’s cottage sleeps up to six people across three bedrooms. There’s a bathroom, laundry, full kitchen and lounge, replete with warming fireplace. There’s a barbeque out front, and greenery skirts the property in all directions. In the morning, you’ll wake to the sight of birds nibbling at rosehips, sheep grazing just beyond the fence, and possibly even resident pup Squid coming for a stickybeak and a pat.

The Wine Farm cellar door is open to the public in December and January only.