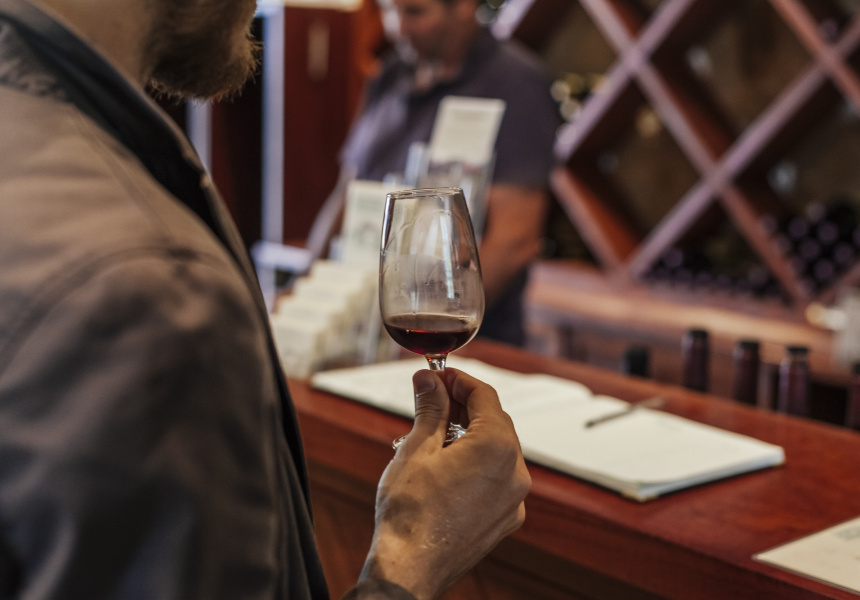 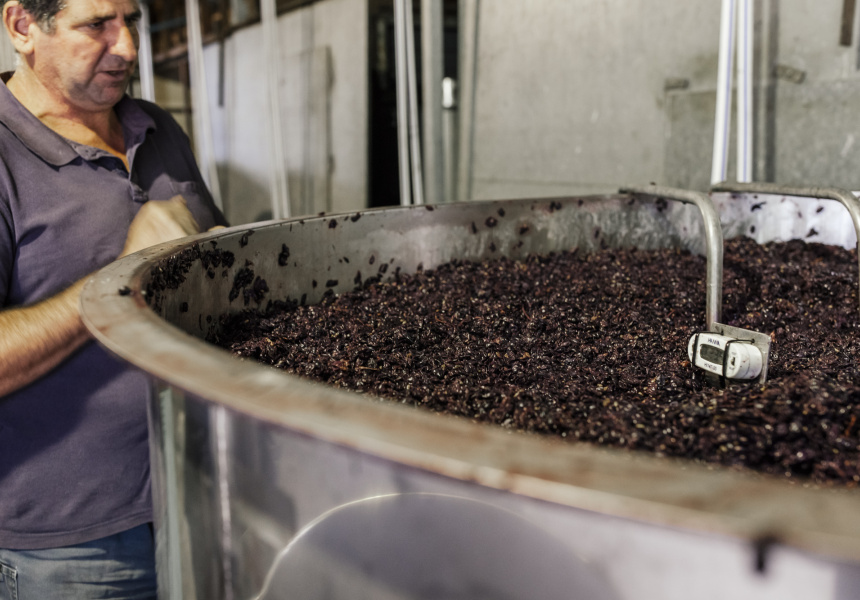 When 19-year-old Gino Corsini moved from Australia from Italy, he worked as a cane cutter in North Queensland, before settling in the King Valley to grow tobacco. He planted his first vines in 1980 and by 1993, he and his son Peter had phased out tobacco farming entirely.

La Cantina’s wines are all grown and made on site. Grapes are handpicked and hand-plunged. They settle in stainless steel, before being transferred to oak and racked off the top to give that traditionally appealing clarity. The family predominantly grows Italian varietals such as barbera, sangiovese and pinot grigio – except for saperavi, which is a Georgian grape.

The Corsinis have never used any preservatives in their wine, nor added anything such as sulphur. It’s unfiltered, wild fermented, with skin contact. It was “natural wine”, before the term became trendy.

The cellar door was built in 1995. Gino’s grandfather was a stonemason, and so Gino and Peter built the cellar door in the same traditional Tuscan style. Originally the stone structure was all the space Gino needed to make and store his wine. But as the business has grown, the space is now used for tastings and some storage, while the winemaking, ageing and bottling goes on in the sheds up the back.

On weekends, Gino (now in his mid 80s) can be found in the winery, going about the bottling with his two grandchildren.