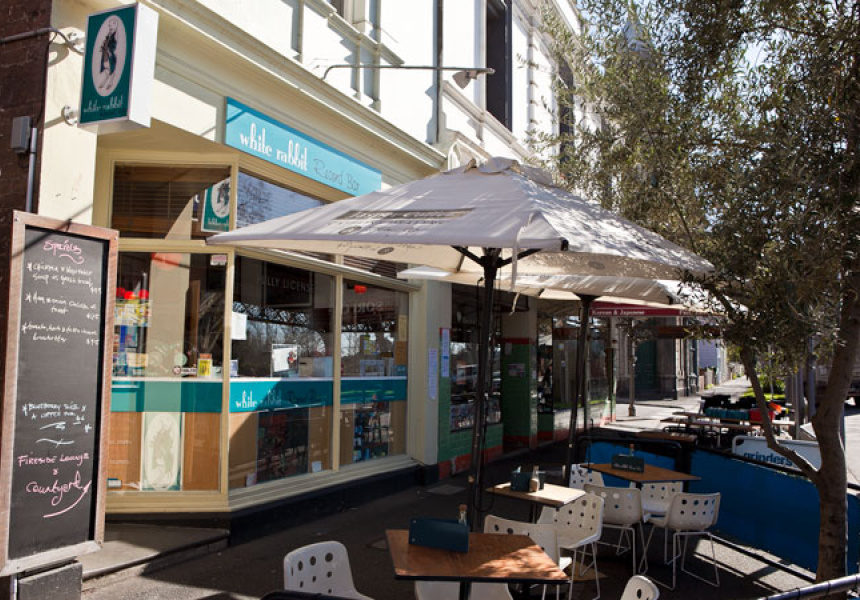 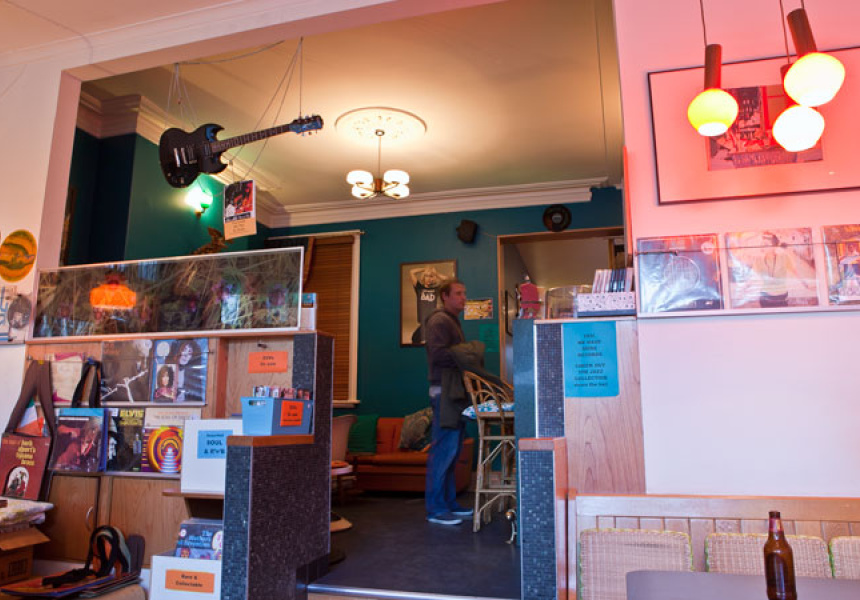 With vinyl on the stereo, great beverages and light dining, White Rabbit Record Bar is laidback, inviting and, at its core, cool.

Next to Kensington Station at the end of the short but highly popular cafe strip on Bellair Street, umbrellas and street-side tables give it away as a bar, but it's only once you approach that you realise this place isn’t just about booze. It harbours records and atmosphere in equal measure.

With anything from original Frank Sinatra albums to unfamiliar vintage records sold for as low as $1, this is part store, part cafe. The front room’s diner-like booths open up into a narrow hallway before leading outside into the plant filled beer garden.

White Rabbit’s infamous white sangria arrives by the jug full in summer, while a tipple on some locally brewed beers under the outdoor heaters in winter makes for mellow joy. DJs spin vinyl (of course) on weekends; Saturday nights and Sunday mornings are the busiest.

For brunch, meal options can be accompanied by a specially matched cocktail, beer or bubbles designed to soothe after party pains. The welcoming staff will recommend delicious bites from a menu that offers a bit of everything.

White Rabbit’s meshing of the multiple passions of music, food and drinks is an inspiring, tasty mix.