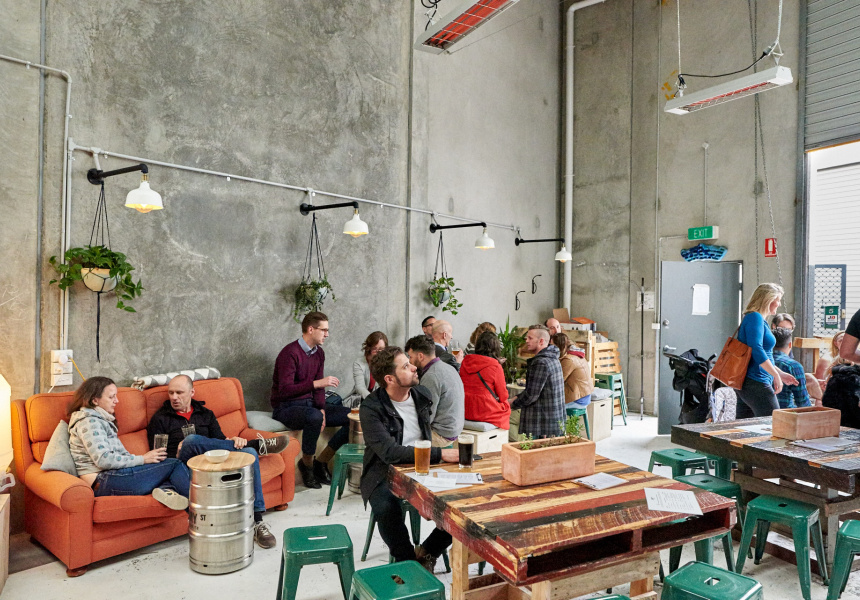 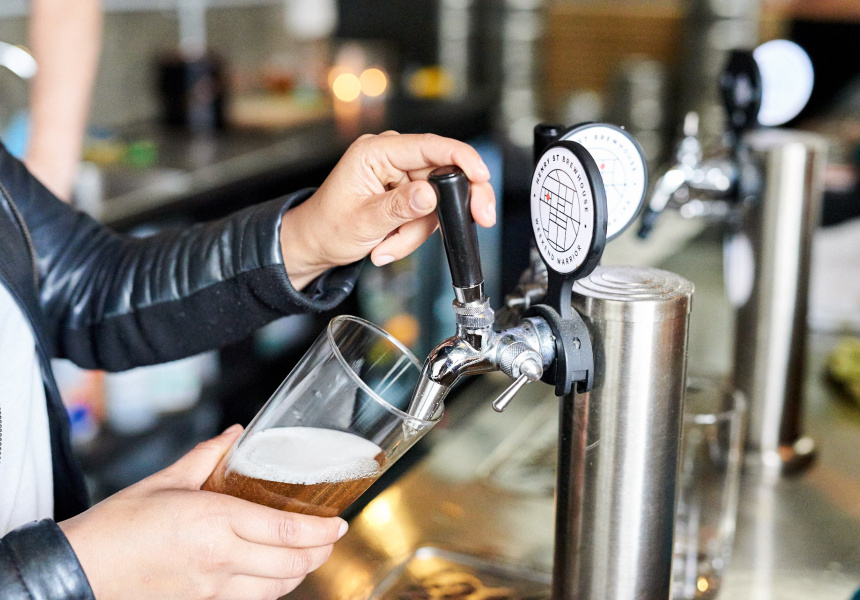 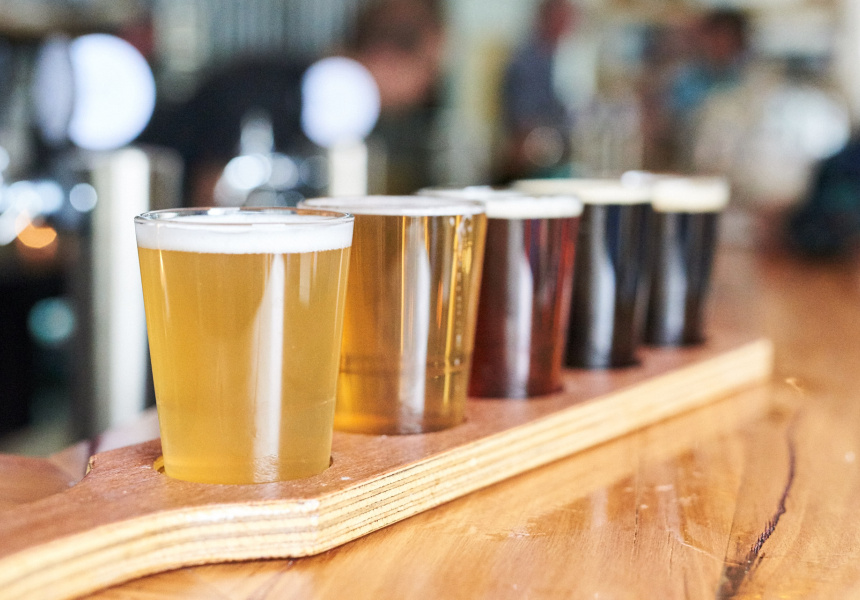 Henry St Brewhouse is one of the smallest commercial breweries in Australia. All its beer is brewed on a 100-litre kit known as Blue Billy. It’s so small that it goes largely unnoticed by drinkers at the bar. For comparison, Bad Shepherd’s brewpub in Cheltenham uses a 1200-litre system.

Blue Billy was built by founders Phil Quayle and Zack Skerrit. The former co-workers began homebrewing together in 2010. While the brewery is actually on Barrett Street, it’s named for Phil’s nearby house, where many homebrew experiments happened over the years. They moved to this Kensington location in 2015, at which point Skerrit left full-time work to focus on the brewery.

On candlelit Friday nights you’ll find the low communal tables shared by couples and friends. It’s cosy, despite the cool concrete space. A simple chalk sign guides you through the nine taps. Five core beers range from an easy-drinking pale ale to a dark IPA. The rest are one-offs, specials, and a flavoured sparkling water.

There’s no food, but delivery from neighbourhood favourite Kensington Pizza is popular. It’s also the ideal partner for a tasting paddle of beers.