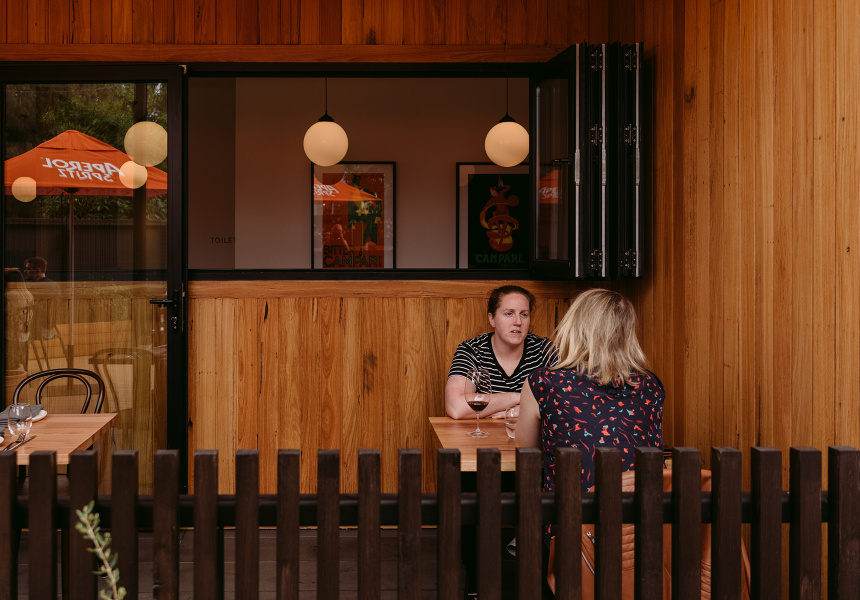 Abbiocco is the second venture of chef Jarrod Amos and sommelier Glenn Mill, who together own Hampton Wine Co. It's a swish diner that focuses on obscure Italian wines and pasta shapes.

The space takes notes from the era of stile liberty – the Italian version of art nouveau – featuring prints of old Vermouth and Campari advertisements on its timber-panelled walls. There’s a front bar if you’re in for a quick drink, and a dining room and courtyard that can seat 30 people each. Front to back, it’s all rather swish, with terrazzo floors and dark-green accents.

The menu's designed to introduce customers to lesser-known pastas, such as the large, tubed paccheri and the dumpling-like tortelli. The former is paired with a classic tomato-basil sauce and buffalo mozzarella, while the latter is stuffed with prawn meat and doused in a stock made by roasting the heads and shells and cooking them down with cream. All the pasta – including all of the classic shapes – is made daily on-site.

Before you get to that, there’s plenty of antipasti to work through, such as eggplant and fontina arancini; marinated Sicilian white anchovies; and that old classic, San Daniele prosciutto with sliced melon.

This is food that demands an aperitivo, and you’re sorted with the Limoncello Spritz and Aperol Margaritas. The crisp, low-alcohol house lager is a collab with Cheltenham brewery Bad Shepherd. The majority of wines come from Italy. The list showcases lesser-known native varieties such as catarratto and falanghina alongside a few familiars names.

Don’t leave without trying the tiramisu: it's made the old-school way, sans cream. Each creamy wedge is finished with a fuzzy afro of shaved chocolate.