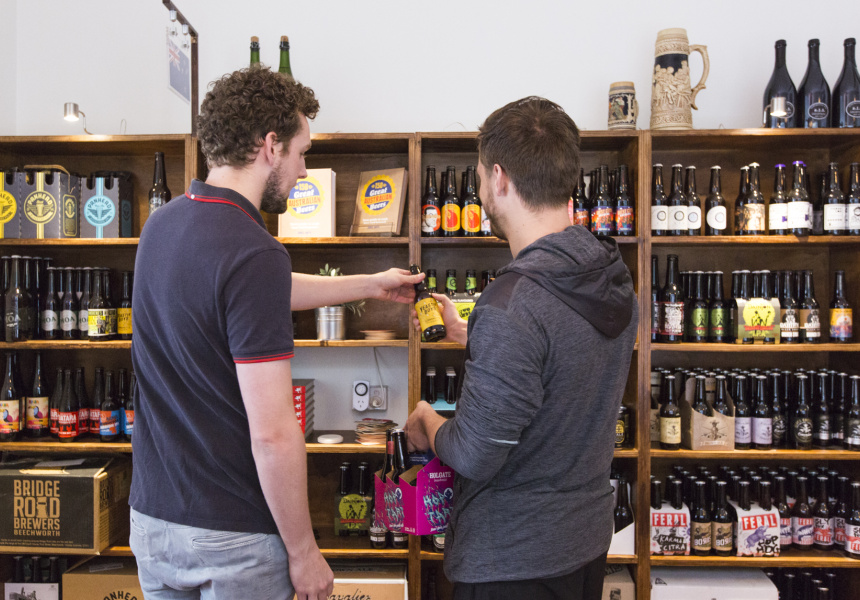 When Julien Nell bought Far Side Beers in 2015, it was a bottle shop with its own bar. A year later he moved it to a larger site and turned it into something much better – a bar with its own bottle shop, à la Carwyn Cellars.

There are six beer taps behind the clean timber counter. Every time a keg runs out, it’s swapped for something different. Expect to find IPAs, stouts, sours, pilsners and just about every other style on the beer spectrum. Nell orders new kegs based on the season, market trends and customer suggestions.

In the bottle shop, 180 labels compete for your attention. Gose from America; Russian Imperial stouts from Australia; lagers from Denmark – they’re all here to take home or drink on one of the venue’s cherry-red steel stools.

Beer deniers are catered for with wine and a short range of signature cocktails, which take recognisable recipes and give them a house spin. Far Side’s take on the Old Fashioned includes a dash of housemade beer syrup, for example.

Alongside mass-market spirits such as Sailor Jerry, the back bar is stocked with Starward whisky, Four Pillars gin, Tromba tequila and other locals.

If you get hungry mid-session, order food in or make a run to one of the many local eateries – Far Side has a handy BYO food policy.