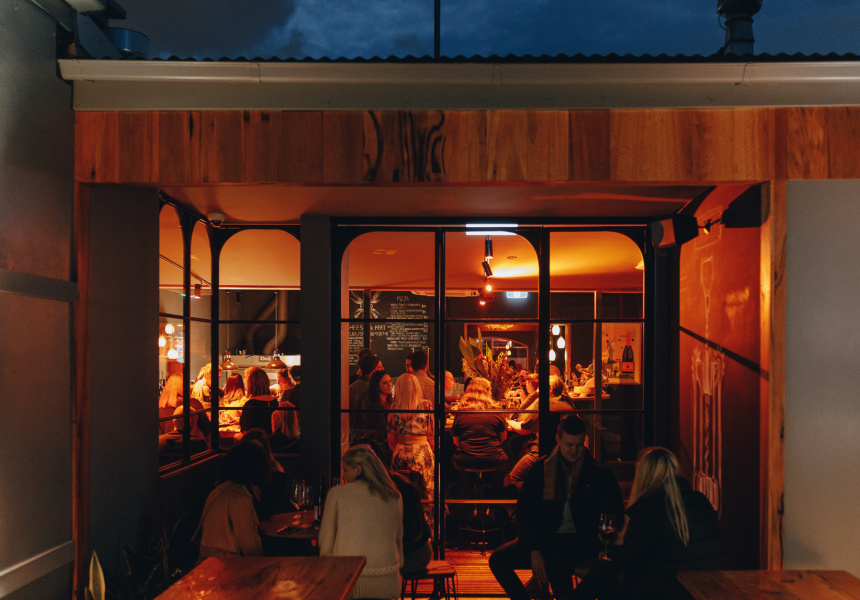 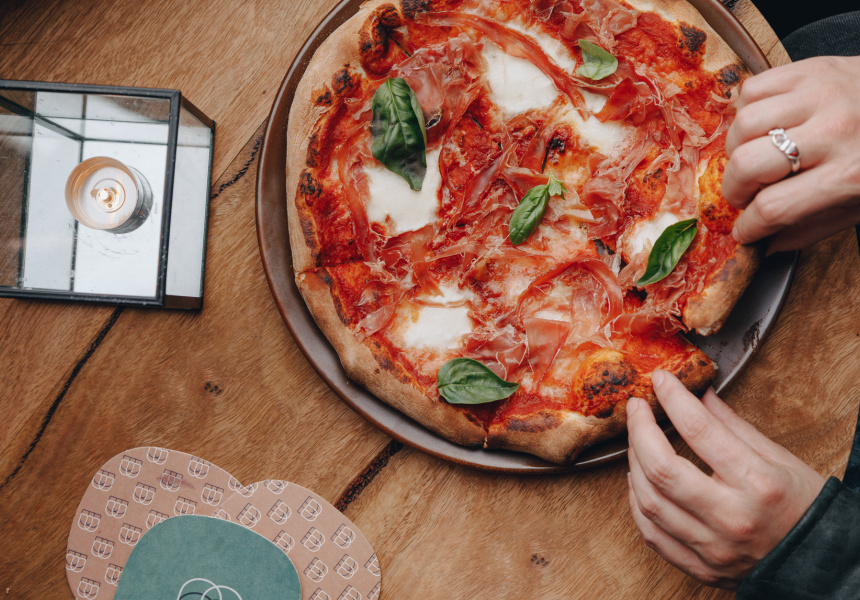 East End is all about wines, specifically old-world wines made with simple production methods.

Half of the list leans European, with plenty of biodynamic and natural options on hand. There are just four classic cocktails: a Spritz, a Negroni, an Old Fashioned and a Pimm’s Cup.

Familiar locals such as Jamsheed, Onannon, and Pat Sullivan from Gippsland make up the rest of the list.

The polished 130-person bar was once home to Young’s Auction Rooms, which closed in 2015 after operating for 84 years.

The final product is a much glossier take, incorporating slate-blue velvet booths, dark floors and golden-hued downlights, but that original pub concept comes through in the way the room is divided. A handful of inviting nooks encourage settling in for a long session, and there’s a sunny courtyard that can be enclosed on cooler days.

You can take any bottle from the floor-to-ceiling shelves home with you for $15 off the list price, but if you’re drinking in, check out the compact food menu, full of easy-drinking fare and elevated European ingredients.

An ever-changing chalkboard menu might list La Boqueria jabali (wild boar salami), or duck rilettes and chicken-liver pate, both from French eatery Franco-Belge over the road.

The hefty cheese selection also leans European, particularly toward France. It might include gems like Valdeon IGP (a rich and buttery cow-and-goat blue matured in sycamore leaves) or a nutty, cave-aged Gruyere. There are some interesting vegan cheeses too, such as an ashed “chevre” from the Vegan Dairy.