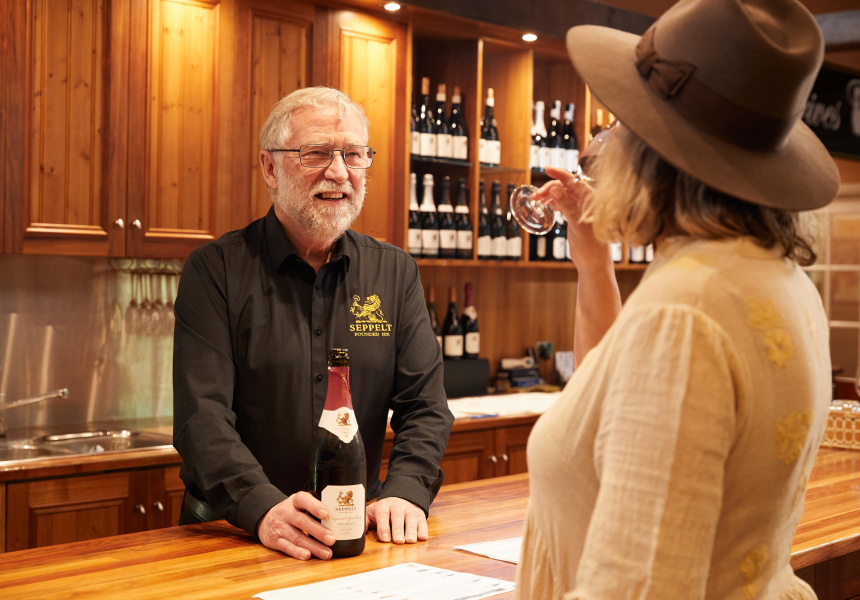 When pioneering vigneron Joseph Best died in 1888, wealthy industrialist Hans Irvine purchased his sprawling estate, then known as Great Western Winery. Irvine lured French winemaker Charles Pierlot to the region in 1890, with a vision to produce Australia’s first sparkling wine. Pierlot applied the traditional champagne method to shiraz, creating a legacy that would flourish under the stewardship of Barossa winemaker Oscar Benno Seppelt after 1918.

These days, Seppelt’s range of cool-climate vintages are among the highest-awarded in Australia. Chardonnay and riesling join a prized shiraz, which owes its intense, fruit-driven character to slow-ripening conditions; with notes of flint and pepper thanks to granite-over-clay terroir. The result is a low-tannin drop with perfect drinkability. Seppelt also claims some of the oldest grapevines in the world, untouched by war and phylloxera like many European vineyards.

Visitors can sample the range at The Shafthouse – the original site where miners sunk the first shaft for the vast underground cellar known as The Drives, which was named after the mining term for a horizontal dig. Down-and-out gold miners carved out these tunnels over a 60-year period, creating the largest underground cellar in Australia.

A guided tour of these historic cellars is essential on any trip to the Grampians. Tours leave on the hour daily and end with a tasting of Seppelt’s sparkling shiraz. Dine-in packages are also popular: you can book an exclusive candle-lit dinner for two deep down in the cellars.