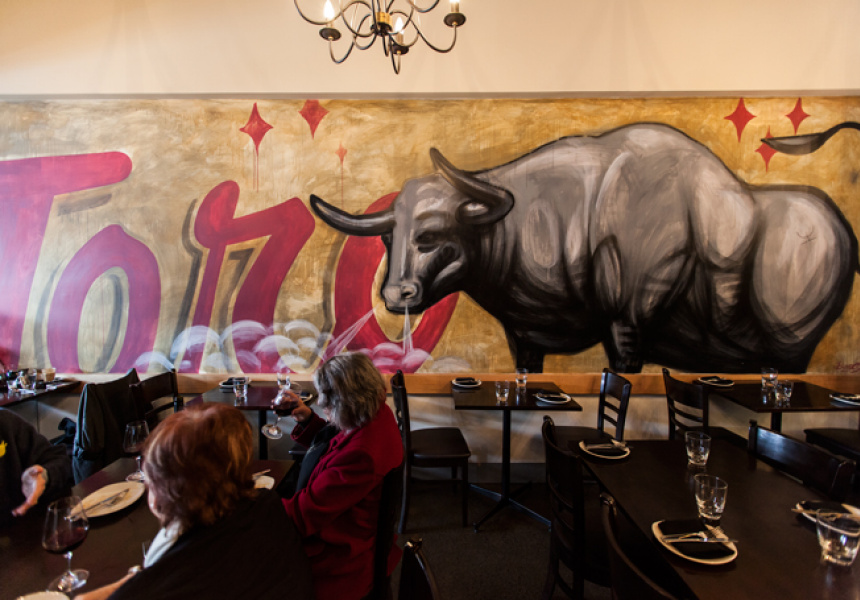 The Black Toro is the most fitting name chef Garen Maskal and his cousins, Aret and Sasoon Arzadian, could have come up with for their debut restaurant (Sezar was the second). It's a black sheep on the Kingsway strip, with its plethora of Asian restaurants.

As for the "toro" part - this is a Hispanic restaurant. The trio aimed specifically to bring something different to the area when they opened in 2012. Expect to be taken aback by the graffiti feature wall of a bucking black bull, which acts as a lively backdrop to a romantically-lit, narrow room, decked out in dark timber tables and chairs.

Maskal was once sous chef at Ezard, a history that's reflected clearly by his creativity and outstanding technique. It’s best to start with a cocktail and then graze.

The idea behind the menu is to order a couple of "poco" plates to share, such as potato, jalapeño and cheddar croquettes; Wagyu beef sliders (with toasted brioche, pickled cucumber and cheese); and soft-shell crab tacos before moving onto "grande" plates of barbequed chicken and pork hock.

If you still have room, desserts such as chocolate brownies and peanut-butter cheesecake will have sweet tooths united.