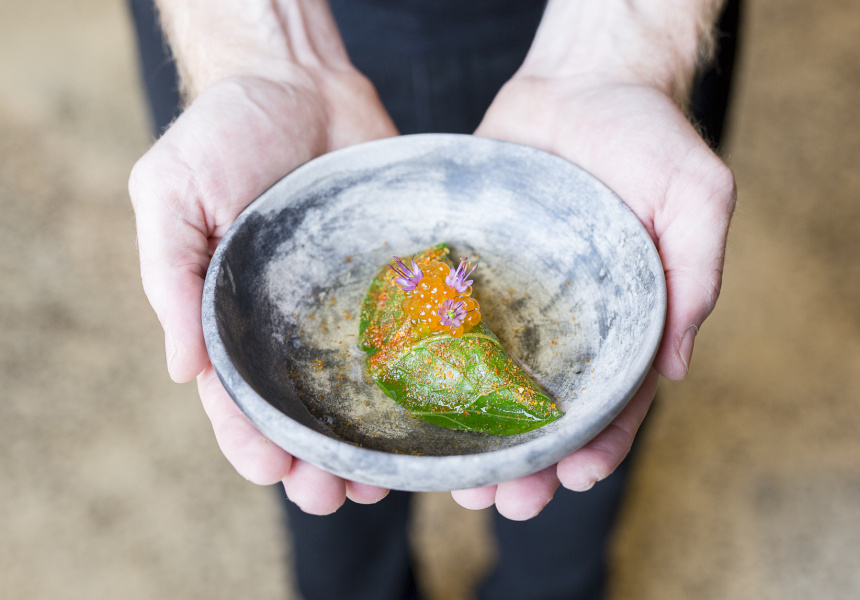 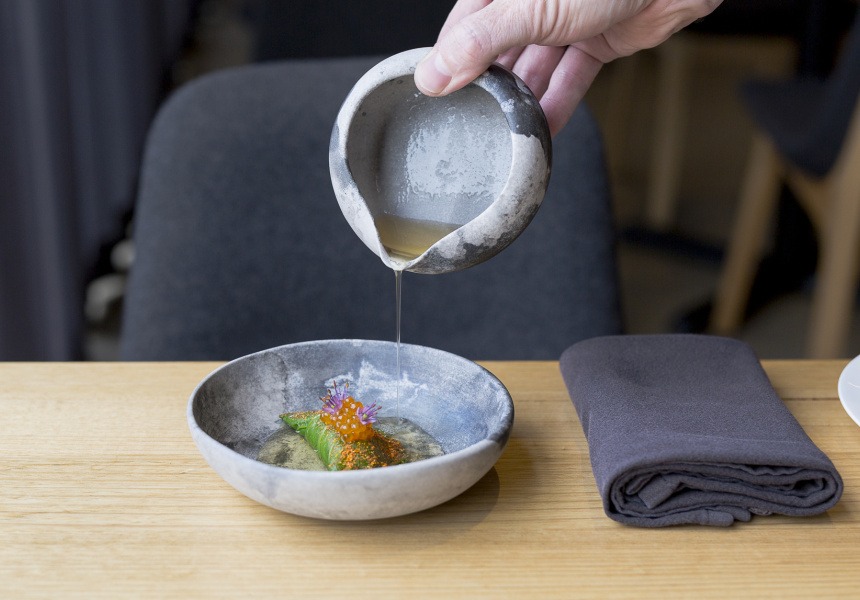 In Latin, igni means “fire”. Like so many it-restaurants, a wood-burning grill sits at the heart of this one. Almost every dish at the 28-seat, tasting-menu-only spot gets a lick of flame or includes an ingredient touched by fire in some way.

There’s an open kitchen on your left as soon as you enter. Co-owner and chef Aaron Turner (also of The Hot Chicken Project and the defunct Loam) will be in the thick of the action. Jo Smith and Drew Hamilton, the restaurant’s other two partners, look after the front-of-house and the superb locally-focused wine list.

You have some degree of control when ordering – Likes and dislikes? Matched wines or ordering by the glass? – but you’re essentially at the mercy of the kitchen, and whatever 30-or-so dishes constitute its current playbook. More often than not, you’ll be eating different things to the table next to you – and possibly even your dining partner.

Larger dishes could be a burrito-like cod and cabbage number, grilled hard over flames until blackened and smoky without and just-cooked within. Or an abalone-esque puck of chewy, leathery carrot, slowly brought to peak deliciousness through a day of careful roasting over the grill.

Our vote for the best plant-based dish, though, goes to the potato and egg signature. The kitchen cuts long “noodles” out of waxy King Edward spuds, then toasts them in garlic-enriched roasted chicken fat, before arranging them into a neat pasta-like twirl. A raw egg yolk finishes the dish while a little hillock of pipi meat hides beneath it all.

Vegies also feature at the end of the meal. Igni’s onion ice-cream with quinoa cracker sounds like a shock value combo, but the blend of sugar, milk, egg yolks and sweet wood-roasted onions is totally compelling.

We also like the cleverly named “Old Ewe, New Ewe” that plays creamy, salty Roquefort cheese (a sheep’s-milk blue cheese produced in the south of France) with a granita made from Meredith sheep’s-milk yoghurt. It’s part cheese course, part palate cleanser and all good.