A Spot for Joe 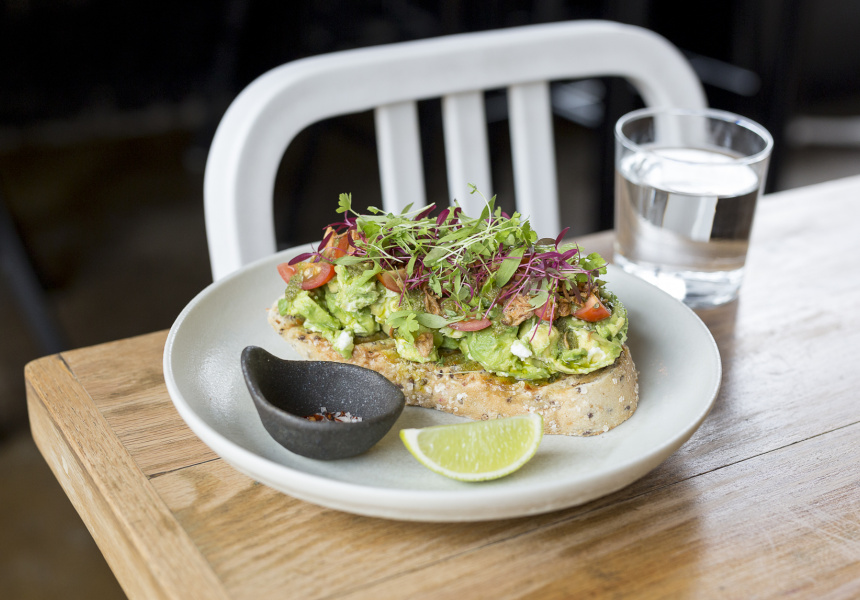 Exposed brick walls, wooden features and plenty of greenery bring a certain warmth to A Spot for Joe. But it’s the larger-than-life print of Slim Aarons’ 1970s photo, “Poolside Gossip” on the wall that’s the real eye catcher.

Husband and wife Jared and Talya Cooper opened the cafe in 2011. It quickly became a Geelong hotspot. Finding it is half the fun – it’s concealed at the back of a car park with minimal signage. The couple was inspired by Melbourne’s coffee culture and their travels in Europe and the US. They wanted to be a destination cafe; somewhere that’s an adventure to get to.

The menu is an adventure in itself, as the cafe doesn’t have a kitchen. What you see at the front of the cafe is the extent of its cooking appliances – a hot plate, a salamander and a sandwich press. Toasted sandwiches, salads and cereals are the menu staples.

A large white Slayer espresso machine sits atop the front bench churning out Duke’s Coffee Roasters brews. A Spot for Joe has a longstanding relationship with Slayer. Its first machine was the eighth one ever built by the American company.