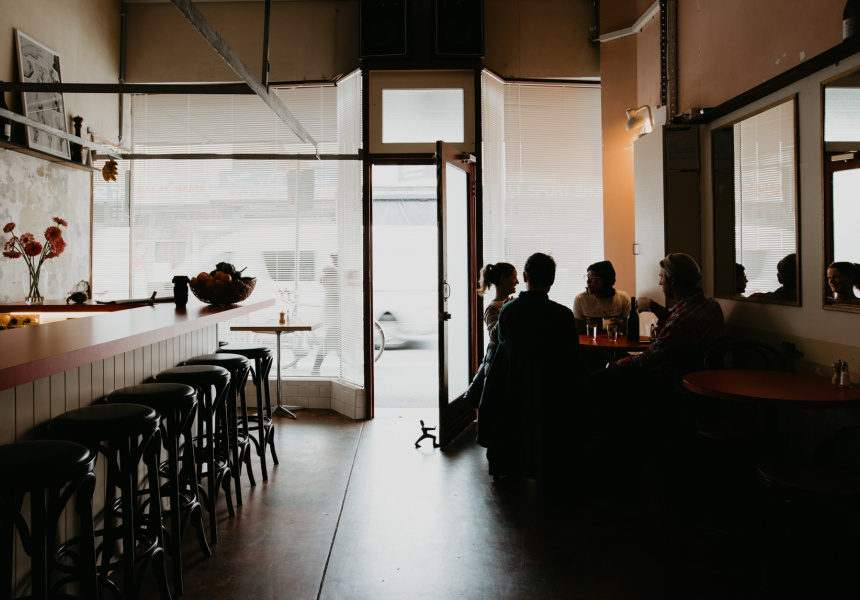 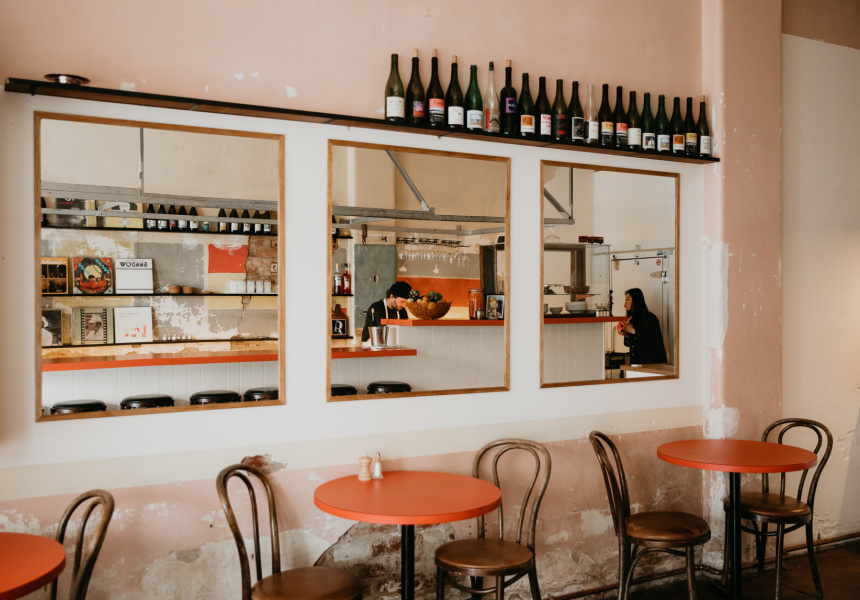 Romans Original is a tiny neighbourhood cafe-bar that feels more like a step off a European backstreet than one in Melbourne’s inner-west.

On a Friday morning, a steady stream of caffeine-seekers course in and out, bantering with the barista as if Romans has been here for decades. Adding to the illusion is the nondescript shopfront and the original brickwork and plastering that was hidden beneath false walls and caked-on wallpaper.

Sandwiches reign supreme here – get one to stay or to go. Or both. For breakfast, a Meatsmith sausage patty served with fried egg and American cheese on a squishy Martin’s potato roll doesn’t look like much, but it’s juicy enough to be served un-sauced, plonked on an oblong silver plate. Other sandwiches include a cheesy eggplant parmigiana, a meatball number, a no-frills fried chicken version, and a 5 & Dime bagel with cured salmon.

Behind the bar, a vinyl collection heavy with world music sits alongside mostly European wines – all of which happen to be natural – all fresh, easy-to-drink drops. There’s also Cantillon (from Belgium) and Peroni Red for beer-drinkers, plus the rudimentary Aperol Spritz and Campari soda, and a weekly cocktail special.