Toast Bar Kings and Knaves Opens Next to Flagstaff Station 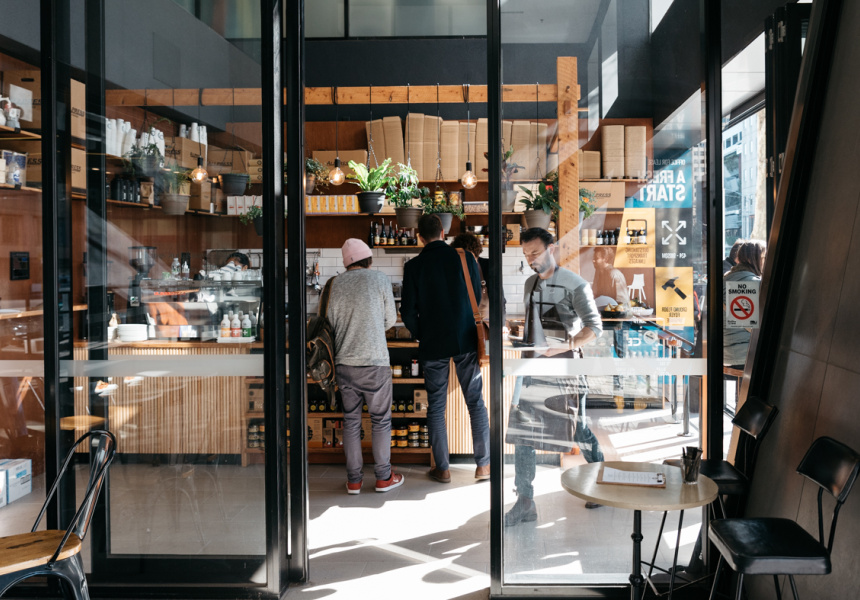 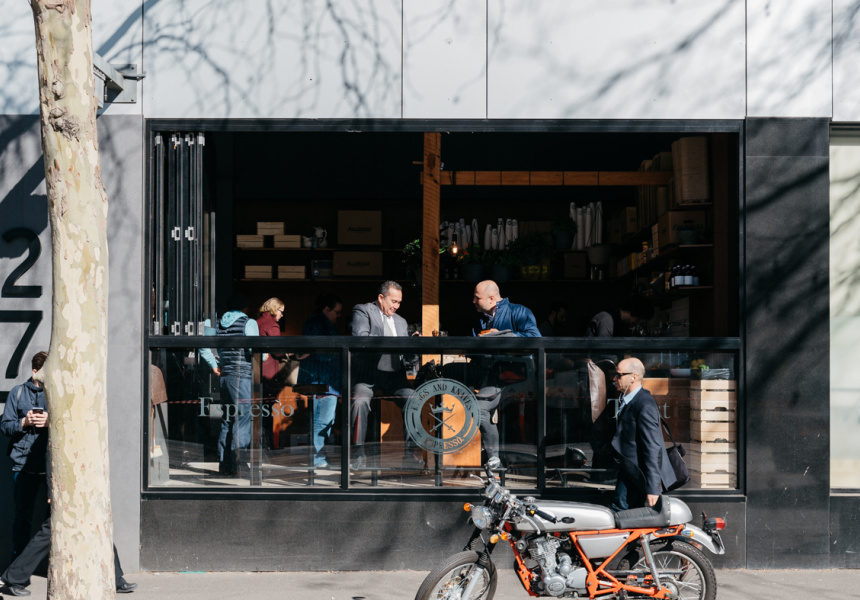 It shares a wall with the Victorian State Sheriff; it’s a New York-style espresso bar; it’s dedicated entirely to toast. Kings and Knaves – named for the characters that roam Melbourne’s legal precinct – is full of surprises.

After owning and running bigger venues such as Public Bar, Caboose Canteen, Three Below and La Vita Buona, co-owner Gerard Kelly was looking for something different.

“My other venues were quite large,” he says. “I was quite keen to get back into being hands-on and that led to wanting quite a small space.”

At 29-square metres, the space is that – and a few months ago, it didn’t exist.

“It was nothing – this area was actually part of the foyer,” Kelly explains. “The building owners saw that the area was being wasted and they sectioned it off.”

Kelly and co-owner Vincent Watremez snapped up the space and oversaw a brisk five-week build with help from from Brunswick’s Volant Designs.

In contrast to its corporate surrounds, the result is laid-back and the mood unhurried. Pot-plants hang above wood panelling in a variety of finishes. Cartons of Allpress Espresso and Mörk hot chocolate are displayed around the cafe alongside rows of Rooftop Honey and 99th Monkey Peanut Butter. According to Kelly, this was out of necessity.

Bread comes from Noisette – “a great vessel for good toppings” – and there’s an ever-changing line-up of toasts.

Current bestsellers include the smoked salmon and crème fraiche with fried capers, and a grilled mushroom option with balsamic onion and taleggio cheese. For a sweeter option try the French toast topped with banana, cocoa butter, maple syrup and marshmallow.

If you feel like a sandwich, an additional $2 will get your toast a lid. There’s a small section on the menu dedicated to “Not Toast”, which includes a selection of croissants, granola and All-Day Donuts on Fridays.

It’s an impressive range, but is there still a place for a classic slice with Vegemite?

“That’s just something you can’t not offer if you’re offering toast.”