Taking a Risk at IDES

The ex-Attica chef’s food is not always perfect. But that’s the hook. 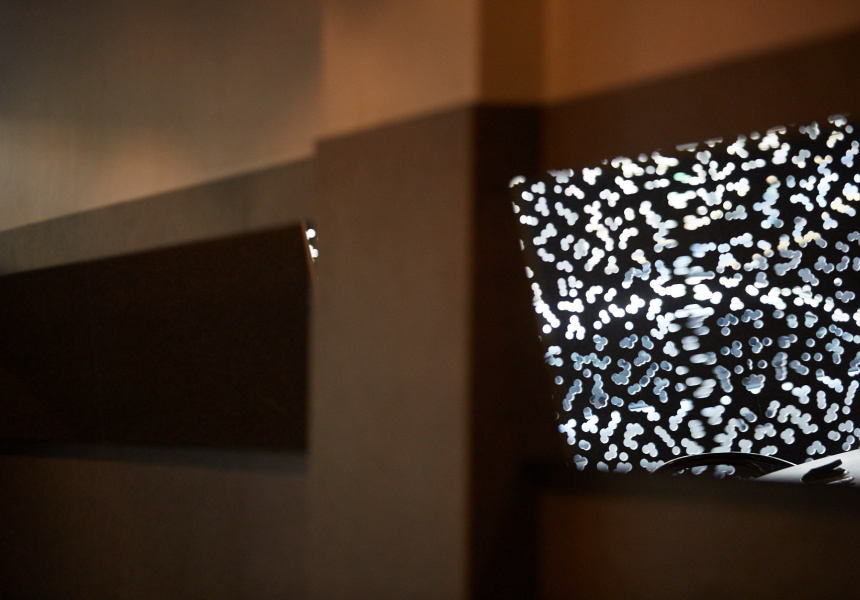 Peter Gunn worked at Attica for five years before leaving to turn his pop-up, IDES, into a permanent restaurant. He had run it monthly for three years, and it had grown its own following. Still, when it came time to make it permanent, Gunn wanted to make sure what he was doing was different.

“There can be this perception of chefs who work under successful chefs; that they’re trying to ride the fame wagon their boss created for themselves,” says Gunn. “Ben Shewry was more than a boss to me – he’s my mentor. I wanted to make sure what IDES was offering was different to what Attica was offering.”

IDES opened in the old Lee Ho Fook site in mid-March (the Ides of March, no less). It’s a small, 36-seater; dimly lit, with widely spaced, grey-leather-topped tables. The only adornments are two black-and-white canvas prints, including one of a chip fryer. A “super pass” is where the bar used to be. It’s now a plating station for the chefs.

There are echoes of Attica: the quiet, grey-carpeted room; the tiny kitchen; the set-menu structure. But these are superficial similarities. Conceptually, IDES is closer to Attica’s chef’s-table nights, where the menu is loose, and it’s more about testing boundaries than providing a flawless dining experience.

Gunn’s menu (always six courses, but rarely the same combination) is written late and changed later. “I’m quite spontaneous, but it’s for a very important reason. It keeps the energy in the kitchen high, it keeps everyone interested and engaged. To be able to change things at the drop of a hat is very important to me.”

When I go, thick slices of sesame sourdough; whipped, house-cultured peanut butter; and a glass of very pink, slightly effervescent Peek-A-Boo Pet-Nat (natural sparkling wine) from McLaren Vale’s Jauma vineyard are to start. Front of house takes care of the pleasantries and wine service, but from here on, plates are brought and cleared by the chefs.

The first dish is a soft, ripe fig, sliced in half and topped with goat’s curd, caviar, hazelnuts and sorrel. There’s honey in there, and mandarin oil, too. It’s followed by a bowl of thinly sliced octopus and chickpeas in an intensely salty, burnt-carrot broth.

“I like lots of salt,” says Gunn, “I’m right on the edge with salt.” The match – a bitter, farmhouse-style ale from Evil Twin Brewing – rounds out the dish.

Dish three is a fillet of mulloway covered in split, deep-fried chillies, seeded so there’s no real heat; just a gentle hum. Then, confit chicken with a panko breadcrumb crust, scattered with bright, acidic pine mushrooms and chestnuts. It’s a texturally complex dish, but there’s more at play. The chicken is boiling hot and the mushrooms are cold. It’s a surprising, yet strangely familiar, clash – like hot topping on ice cream.

Two desserts follow. Melon balls sprinkled with finger lime and a sauce of white chocolate and saffron is unexpectedly savoury, and a nice bridging dish. A celery cake topped with apple ice-cream, pistachios, star-anise oil and sea salt is polarising, but improved by the paired sweet vermouth.

This is risky cooking, and Gunn is the first to admit that some dishes are better than others.

“Maybe it’s silly, how we do things,” he says. “But it’s how we’ve always done it. Over the years we’ve served a number of successful dishes, and we could easily bring those back, but should we? Do we say, ‘This is some of the best of what we do?’ Or do we just keep doing what we’re doing? The moment I stop believing in what I can do, that’s when it’ll fall apart.”

Hours:
Wed to Sun from 6pm